The cover summary is rather vague, so it’s hard to share anything about the plot in case it’s considered a spoiler. But I will tell you this:

If you weren’t interested in the novel before, you may be now thanks to those three words. And The Beautiful Ashes‘s world-building is intriguing enough, which is why I read the entire book properly instead of “skimming” (only reading the dialogue).

However (and it’s a big “however”), the characterisation is seriously dodgy. Minus Zach, because he’s cool, but the two main characters are rather problematic. Adrian is the kind of “Alphahole” for which New Adult has been unfortunately stereotyped, so he’ll be familiar to readers. In one scene he grabs Ivy Jenkins by the throat, and threatens to choke her until she falls unconscious. Adrian is Ivy’s love interest, by the way. And no, that scene wasn’t air-play, or consensual.

As for Ivy…to her credit, many times throughout the story she acknowledges her own stupidity. But that doesn’t stop her from making stupid decisions repeatedly. And she’s shallow, freely admitting that her interactions with Adrian would be a lot less friendly/sexual if Adrian wasn’t so good looking. Ivy is really freaking annoying, so I’m not sure what Adrian sees in her, but Adrian is only subjected to Ivy’s speech – not her thoughts, which all seem to centre on Adrian, despite the fact that she only meets him because she’s looking for her missing sister, who is often far from her mind.

While the novel does get good VERY late on, The Beautiful Ashes is more of a hot mess than anything else.

Lenore Appelhans
Chasing Before (Memory Chronicles, Book 2)
Simon & Schuster (US & CA: 26th August 2014), Usborne (UK: 26th August 2014)
Buy (US) Buy (UK) Buy (CA) Buy (Worldwide)
It’s been four months since Felicia saved Level 2 from the Morati, the corrupted angels who trapped her and her boyfriend, Neil, in the afterlife. Now, she and Neil are finally ready to move on to the mysterious Level 3, an afterlife training facility where humans pick a career to pursue until they supposedly retire to the next level. Shortly after arriving, Felicia learns some shocking truths about her life that make her question everything. Neil wants to focus on the future, but Felicia insists on looking for answers about her past. Just when Felicia thinks things can’t get any more complicated, deadly explosions begin to rock Level 3, and Julian – her charming former love who might still be aligned with the Morati – reappears. Felicia has a choice: Will she do everything in her power to expose the Morati and end the destruction of Level 3, even if it means never knowing who she really is? Or will she chase after the desires of her heart and risk losing her past humanity, her present afterlife, and a future with Neil?

Jeaniene Frost
The Beautiful Ashes (Broken Destiny, Book 1)
Harlequin HQN (US: 26th August 2014)
Buy (US) Buy (UK) Buy (CA) Buy (Worldwide)
Ever since she was a child, Ivy has been gripped by visions of strange realms just beyond her own. But when her sister goes missing, Ivy discovers the truth is far worse – her hallucinations are real, and her sister is trapped in a parallel realm. And the one person who believes her is the dangerously attractive guy who’s bound by an ancient legacy to betray her. Adrian might have turned his back on those who raised him, but that doesn’t mean he can change his fate…no matter how strong a pull he feels toward Ivy. Together they search for the powerful relic that can save her sister, but Adrian knows what Ivy doesn’t: that every step brings Ivy closer to the truth about her own destiny and a war that could doom the world. Sooner or later, it will be Ivy on one side and Adrian on the other. And nothing but ashes in between… 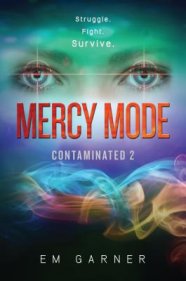 Em Garner
Mercy Mode (Contaminated, Book 2)
Random House Egmont (US & CA: 26th August 2014)
Buy (US) Buy (UK) Buy (CA) Buy (Worldwide)
Seventeen-year-old Velvet, her little sister, Opal, their mom, who is recovering from the Contamination, and Velvet’s sweet boyfriend, Dillon, are attempting to build a new life amid the rationing and regulations of the post-outbreak nation. But the outbreak isn’t over: more people turning into “Connies,” more madness erupting, more killings occurring. And what they are being told is not the truth; the truth is far darker and more threatening.

Darynda Jones
Sixth Grave on the Edge (Charley Davidson, Book 6)
Macmillan St. Martin’s (US: 26th August 2014)
Buy (US) Buy (UK) Buy (CA) Buy (Worldwide)
Most girls might think twice before getting engaged to someone like Reyes Farrow – but Charley Davidson is not most girls. She’s a paranormal private eye and grim reaper-in-training who’s known to be a bit of a hell-raiser, especially after a few shots of caffeine. Her beloved Reyes may be the only begotten son of evil, but he’s dark and sultry and deeply sexy and everything Charley could hope for. Really. But when the FBI file on Reyes’ childhood happens to land into her lap, she can’t help herself: She opens it…and then the real fun begins. First, Charley finds a naked corpse riding shotgun in her car. Then, a man loses his soul in a card game. Throw in a Deaf boy who sees dead people, a woman running from mobsters, and a very suspicious Reyes, and things can’t get any worse for Charley. Unless, of course, the Twelve Beasts of Hell are unleashed… 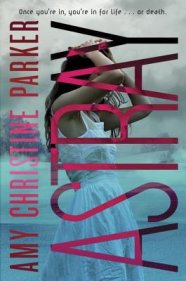 Amy Christine Parker
Astray (Gated, Book 2)
Random House (US & CA: 26th August 2014)
Buy (US) Buy (UK) Buy (CA) Buy (Worldwide)
Lyla is caught between two worlds: the isolated Community that she grew up in and the outside world that she’s navigating for the very first time. The outsiders call the Community a cult, but Pioneer miraculously survived a shooting that should have killed him. Are the faithful members right to stay true to his message? Is this just a test of faith? One thing is for sure: the Community will do anything to bring Lyla back to the fold. Trapped in a spider’s web of deception, will Lyla detect the sticky threads tightening around her before it’s too late? She’ll have to unravel the mystery of what Pioneer and the Community are truly up to if she wants to survive.

Madeleine Roux
Sanctum (Asylum, Book 2)
HarperCollins (US & CA: 26th August 2014)
Buy (US) Buy (UK) Buy (CA) Buy (Worldwide)
Dan, Abby, and Jordan remain traumatised by the summer they shared in the Brookline asylum. Much as they’d love to move on, someone is determined to keep the terror alive, sending the teens photos of an old-timey carnival, with no note and no name. Forsaking their plan never to go back, the teens return to New Hampshire College under the guise of a weekend for prospective students, and there they realise that the carnival from the photos is not only real, it’s here on campus, apparently for the first time in many years. Sneaking away from sample classes and college parties, Dan and his friends lead a tour of their own – one through the abandoned houses and hidden places of the surrounding town. Camford is hiding a terrible past, and the influence of the asylum runs deeper than Dan ever imagined.

Jennifer Rush
Betrayed (Altered, Book 2.5) [novella]
Hachette (US, UK & AU: 26th August 2014)
Buy (US) Buy (UK) Buy (CA)
After leaving Anna, Sam, Cas, and Nick behind, Trev is on his own and under the watchful eye of the Branch once more. But where do Trev’s loyalties really lie? Riley, Trev’s overseer, is determined to find out. On Riley’s command, Trev sets off on a mission to a small Wisconsin suburb. His order: locate and kill a seemingly innocent teen named Charlie. Trev soon learns, though, not everything is as it seems in this quiet town – most of all Charlie.

Holly Schindler
Feral
HarperCollins Teen (US & CA: 26th August 2014)
Buy (US) Buy (UK) Buy (CA) Buy (Worldwide)
It’s too late for you. You’re dead. Those words float through Claire Cain’s head as she lies broken and barely alive after a brutal beating. And they continue to haunt her months later, in the terrifying nightmares that plague her. So when her father takes a job in another state, Claire is hopeful that getting out of Chicago will offer her a new start. But when she arrives in Peculiar, Missouri, Claire quickly realises something is wrong – the town is brimming with hidden dangers and overrun by feral cats. And her fears are confirmed when a popular high school girl, Serena Sims, is found dead in the icy woods behind the school. While everyone is quick to say it was an accident, Claire knows there’s more to it – for she was the one who found Serena, battered and bruised, surrounded by the town’s feral cats. Now Claire vows to learn the truth about what happened, but the closer she gets to uncovering the mystery, the closer she also gets to discovering a frightening reality about herself – and the damage she truly sustained in that Chicago alley…