Better late than never, right? So here are some books you may have missed, released February 2022. All are US publication dates, and all buy links are to Amazon US. (NOTE: As an Amazon Associate I earn from qualifying purchases.) Goodreads links lead to my star-ratings (out of five) and any thoughts.

Tagged Array 2781, Eternal, February 2022 Releases, Finding Her Edge, Forget This Ever Happened, Free from Sin, Girl A, Iolanthe, Midnight Sun, Payback, The Deepest of Secrets, The Greed That Kills, The Woman Beyond the Attic, You Were Never Here

Tagged A Stitch in Time, Blackbird Broken, Dear Child, Faith, Forget This Ever Happened, House of Correction, In the Study with the Wrench, Memento, Morrigan's Bite, Novelista, October 2020 Releases, This Is What Happened, Willow Creek, You Were Never Here

Tagged All the Best Liars, Forget This Ever Happened, Into the Winds, Mischief, The Initial Insult, The Unheard, You Were Never Here

END_OF_DOCUMENT_TOKEN_TO_BE_REPLACED 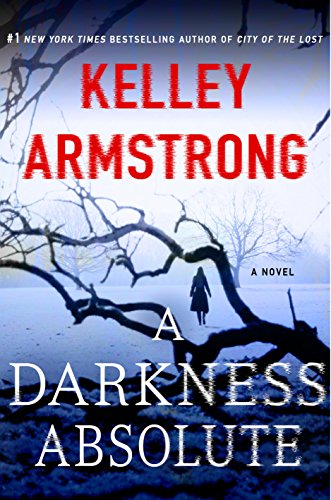 When experienced homicide detective Casey Duncan first moved to the secret town of Rockton, she expected a safe haven for people like her, people running from their past misdeeds and past lives. She knew living in Rockton meant living off-the-grid completely: no cell phones, no Internet, no mail, very little electricity, and no way of getting in or out without the town council’s approval. What she didn’t expect is that Rockton comes with its own set of secrets and dangers. Now, Casey and her fellow Rockton sheriff’s deputy Will chase a cabin-fevered resident into the woods, where they are stranded in a blizzard. Taking shelter in a cave, they discover a former resident who’s been held captive for over a year. When the bodies of two other women turn up, Casey and her colleagues must find out if it’s an outsider behind the killings or if the answer is more complicated than that…before another victim goes missing.

Esme Coromina has always known that one day she would run the Four Sisters, the small planet system that her father grew into a corporate empire. Raised as the pampered heir to the company, Esme lived the best years of her life at Star’s End, the estate her father built on the terraformed moon where he began his empire. In the tropical sunlight and lush gardens, Esme helped raise her three motherless half-sisters. But as Esme is groomed to take over the family business of manufacturing weapons for the mercenary groups spread across the galaxy, she slowly uncovers the sinister truth at the heart of her father’s company. And when those secrets are finally revealed, Esme is sure that she’s lost her sisters – and part of her soul – for good. Now, after a lifetime of following her father’s orders, Esme has a second chance. For the first time, Esme is making her own decisions, and the impact of her decisions will reverberate throughout the Four Sisters. As Esme struggles to assemble her estranged sisters for one last goodbye with their dying father, she has to choose whether she wants to follow in her father’s footsteps – or blaze a daring new path.

Violet Benson used to know who she was: a dead girl’s clone, with a dead girl’s memories. But after Huxley’s attempt to take over the government left her memories and personality wiped all she has left is a mission: help the CCA fight back against the rest of Huxley’s deadly clones that are still at large. But when a group of clones infiltrate CCA headquarters, Violet is blamed. Already unsure of where her loyalties should lie, Violet finds herself running away with an unlikely ally: Seth, Jaxon’s unpredictable foster brother. With Seth at her side, Violet begins to learn about a whole new side of her city’s history – and her own. But when she learns the shocking truth about cloning, Violet will have to make a choice – and it may be one that takes her away from everyone she ever loved. 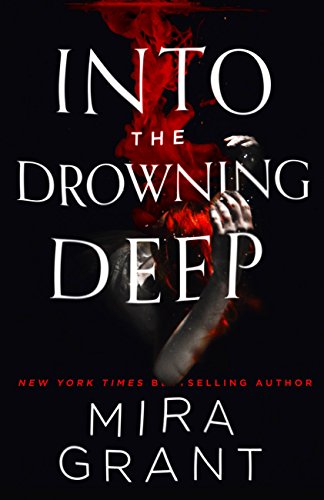 Seven years ago the Atargatis set off on a voyage to the Mariana Trench to film a mockumentary bringing to life ancient sea creatures of legend. It was lost at sea with all hands. Some have called it a hoax; others have called it a tragedy. Now a new crew has been assembled. But this time they’re not out to entertain. Some seek to validate their life’s work. Some seek the greatest hunt of all. Some seek the truth. But for the ambitious young scientist Victoria Stewart this is a voyage to uncover the fate of the sister she lost. Whatever the truth may be, it will only be found below the waves. 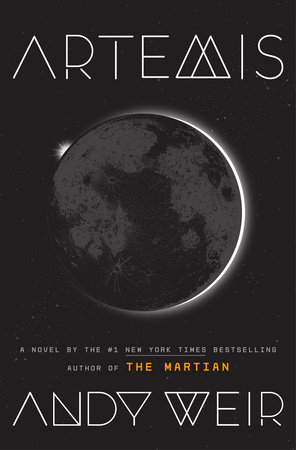 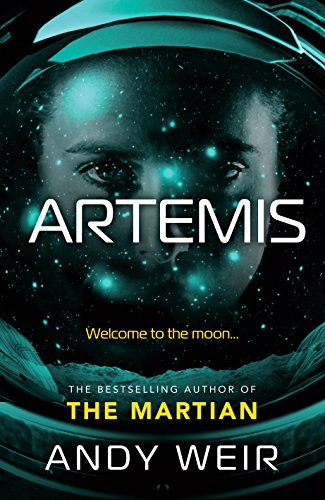 Jazz Bashara is a criminal. Well, sort of. Life on Artemis, the first and only city on the moon, is tough if you’re not a rich tourist or an eccentric billionaire. So smuggling in the occasional harmless bit of contraband barely counts, right? Not when you’ve got debts to pay and your job as a porter barely covers the rent. Everything changes when Jazz sees the chance to commit the perfect crime, with a reward too lucrative to turn down. But pulling off the impossible is just the start of her problems, as she learns that she’s stepped square into a conspiracy for control of Artemis itself – and that now, her only chance at survival lies in a gambit even riskier than the first.

Tagged A Darkness Absolute, Artemis, Into the Abyss, Into the Drowning Deep, Star's End

END_OF_DOCUMENT_TOKEN_TO_BE_REPLACED 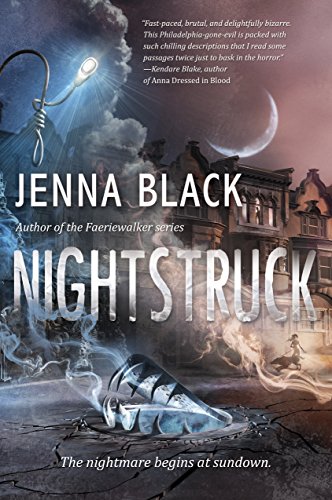 Becket is an ordinary teenage girl, wrestling with the upheaval of her parents’ divorce. A studious high school senior, her biggest problems to date have been choosing which colleges to apply to, living up to her parents’ ambitious expectations for her, and fighting her secret crush on her best friend’s boyfriend. But that all changes on the night she tries to save an innocent life and everything goes horribly wrong. Unbeknownst to her, Becket has been tricked into opening a door between worlds, allowing a dark magic into the mortal world. As the magic trickles in, the city begins to change at night. Strange creatures roam the streets, and inanimate objects come to life, all of them bloodthirsty and terrifying. The city returns to normal when the sun rises in the morning, and no one can capture the strange changes – such as potholes turning into toothy mouths and wires turning into strangling vines – on film, which prompts the government to declare that the city has been infected with some kind of madness and must be quarantined. Meanwhile, venturing out of one’s house at night has become a dangerous proposition, and the moment the sun sets, most of the citizens of the city shut themselves up in their houses and stay there even in the case of dire emergencies. The magic is openly hostile to most mortals, but there are some individuals it seems to covet, trying to lure them out into the night. While Becket struggles to protect her friends and family from predatory creatures of the night, she is constantly tempted to shrug off all her responsibilities and join them. Joining the night world means being free of not just responsibility, but conscience, and it means no longer caring about the fate of others. 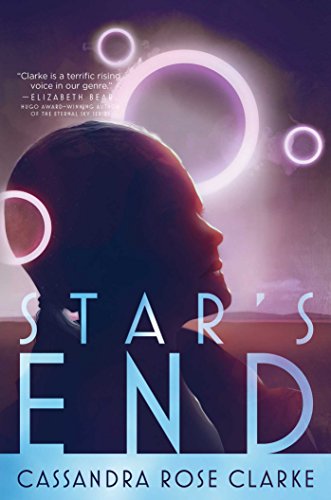 The Corominas family owns a small planet system, which consists of one gaseous planet and four terraformed moons, nicknamed the Four Sisters. Phillip Coromina, the patriarch of the family, earned his wealth through a manufacturing company he started as a young man and is preparing his eldest daughter, Esme, to take over the company when he dies. When Esme comes of age and begins to take over the business, she gradually discovers the reach of her father’s company, the sinister aspects of its work with alien DNA, and the shocking betrayal that estranged her three half-sisters from their father. After a lifetime of following her father’s orders, Esme must decide if she should agree to his dying wish of assembling her sisters for a last goodbye or face her role in her family’s tragic undoing. 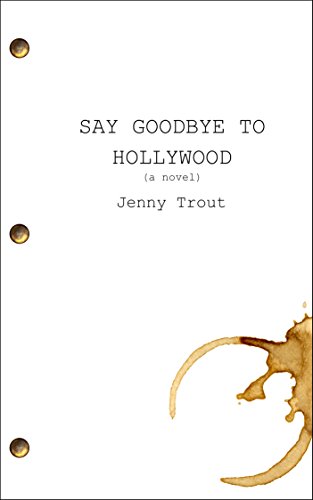 When she’s hired to adapt the blockbuster novel, Beautiful Darkness, for film, screenwriter Jessica Yates sees an opportunity she can’t pass up. The only thing standing between her and a guaranteed hit movie is the author. Lynn Baldwin’s rise from Midwestern housewife to literary superstardom has gone straight to her head, and she’s not willing to see her creation hit the screen without her total approval. As the entire creative team struggles with the hard-to-please author, Jessica’s personal life spins out of control. When there’s more relationship drama and kinky sex off the page than on, she’s forced to reevaluate what she really wants – before Beautiful Darkness destroys her Hollywood dreams forever.