Tag Archives: This Darkness Mine 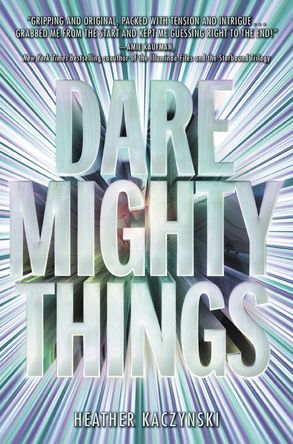 Heather Kaczynski
Dare Mighty Things
HarperCollins (US & CA: 10th October 2017)
Buy (US Kindle Edition) Buy (US Hardcover) Buy (UK)Buy (CA Kindle Edition) Buy (CA Hardcover) Buy (Worldwide)
THE RULES ARE SIMPLE: You must be gifted. You must be younger than twenty-five. You must be willing to accept the dangers that you will face if you win. Eighteen-year-old Cassandra Gupta’s entire life has been leading up to this – the opportunity to travel to space. But to secure a spot on this classified mission, she must first compete against the best and brightest people on the planet. People who are as determined as she is to win a place on a journey to the farthest reaches of the universe. Cassie is ready for the toll that the competition will take; the rigorous mental and physical tests designed to push her to the brink of her endurance. But nothing could have prepared her for the bonds she would form with the very people she hopes to beat. Or that with each passing day it would be more and more difficult to ignore the feeling that the true objective of the mission is being kept from her. As the days until the launch tick down and the stakes rise higher than ever before, only one thing is clear to Cassie: she’ll never back down…even if it costs her everything. 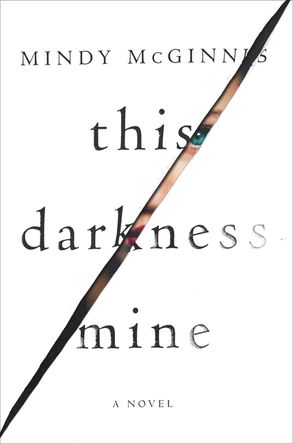 Mindy McGinnis
This Darkness Mine
HarperCollins Katherine Tegen (US & CA: 10th October 2017)
Buy (US Kindle Edition) Buy (US Hardcover) Buy (UK) Buy (CA Kindle Edition) Buy (CA Hardcover) Buy (Worldwide)
Sasha Stone knows her place – first-chair clarinet, top of her class, and at the side of her Oxford-wearing boyfriend. She’s worked her entire life to ensure her path to Oberlin Conservatory as a star musician is perfectly paved. But suddenly there’s a fork in the road in the shape of Isaac Harver. Her body shifts toward him when he walks by, and her skin misses his touch even though she’s never known it. Why does he act like he knows her so well – too well – when she doesn’t know him at all? Sasha discovers that her by-the-book life began by ending the chapter of another: the twin sister she absorbed in the womb. But that doesn’t explain the gaps of missing time in her practice schedule, or the memories she has of things she certainly never did with Isaac. Armed with the knowledge that her heart might not be hers alone, Sasha must decide what she’s willing to do – and who she’s willing to hurt – to take it back.