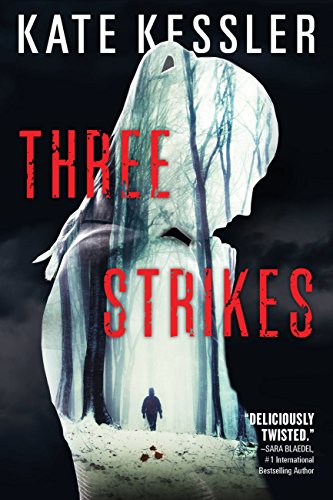 I rate this book 4 stars (out of 5), which may not be apparent from the rest of this post. Also, I read this during summer, which is my worst time of year.

Three Strikes is not a thriller, but there are three mysteries to solve:

-Who’s Mackenzie Bell’s biological father, and who’s warning her away from finding out?
-What were the circumstances surrounding Mike LeBlanc’s death?
-Who’s responsible for the recent dead body?

One of the things I appreciate most about this series is that Audrey Harte killed someone when she was about thirteen, and actually faced consequences: time in a juvenile correctional facility. Vigilante murders are common in fiction, but the perps aren’t often held to account. That may be part of wish fulfilment on the part of the author, and maybe readers. So I have a lot of respect for characters – and the authors who write them – who don’t just do the crime but also do the time. Even another character in the series commits murder, and is also sent to a correctional facility.

But apparently that all changes if the person committing the crimes is an adult. Then the person covers their arse, or other people cover it for them. That happens in Three Strikes:

-A character erases security footage, planning to claim it’s a “glitch”
-When a character is attacked, the police immediately want to view security footage, but another character claims that they need permission from the attacked person first
-A character promises not to tell a secret, but then quickly after tells someone because “they won’t tell anyone”

There’s even possible statutory rape (or gross sexual assault) that happened nineteen years ago, but the police aren’t told so no charges are laid.

And it pisses me off that Detective Neve Graham is treated like the enemy because she’s competent at her job. She also grew up biracial in very white Edgeport, so she was already an outsider and not part of the Harte/Tripp family unit.

It’s also annoying how Jake pretty much owns everything in town, and is noted as a “real estate mogul”. It would be interesting to see how Edgeport would survive without him if he died, but for better or worse (worse, in my opinion) I predict a happy ending to the series. Which is NOT WHY I READ CRIME.

All grumbles aside, Three Strikes is another instalment in a series I always look forward to reading. Though only one novel and one novella are scheduled to follow, I’d happily read more crime fiction by Kate Kessler. Edgeport comes alive with all its small-town secrets, and there are likely countless more yet uncovered. 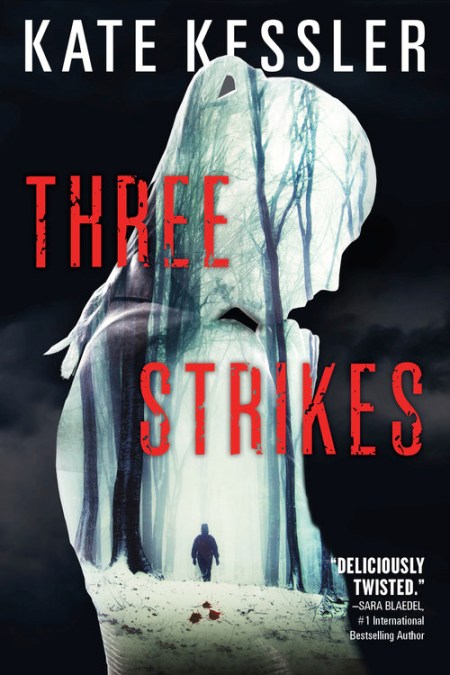 Kate Kessler
Three Strikes (Audrey Harte, Book 3)
Hachette Redhook (US: 24th October 2017)
Buy (US Kindle Edition) Buy (US Paperback) Buy (UK) Buy (CA Kindle Edition) Buy (CA Paperback) Buy (Worldwide)
Thanksgiving is approaching, and Audrey Harte has a lot to be thankful for – her mother has recovered from surgery, her relationship with Jake is solid, her father is relatively sober, and her career is evolving in an exciting direction. So when an 18-year-old girl turns up on her mother’s doorstep, claiming to be the daughter Maggie Jones gave up for adoption, Audrey is amazed. As Audrey helps the girl discover where she came from, people in the little town of Edgeport think she should leave the past alone, and they let her know through threatening messages and phone calls. Soon, Audrey realizes that it doesn’t matter how well you think you know someone – you don’t know what they’re capable of until their secrets are threatened…