Tagged American Demon, Deadly Vows, Every Step She Takes, Fair Exchange, June 2020 Releases, Rebel Spy, Shadows of Foxworth, Sweet Regrets, Take Me with You, The A.I. Who Loved Me, What Unbreakable Looks Like 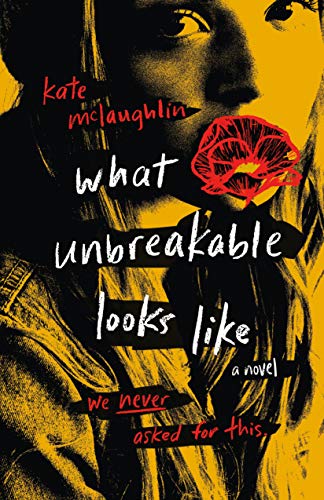 A common criticism of some stories is “wish fulfillment”. And while it’s a weird thing to say about a character who’s been trafficked and assaulted…this is still a wish-fulfillment novel.

Because Lex’s story is very much the exception. It’s only because of her strong relationships that she’s able to not go back to being Poppy. Normally in story structure there would’ve been a plot point where she returned, however briefly before escape… But that just wouldn’t have been realistic in order for Lex to achieve the happily-ever-after story ending.

I can’t remember if there was mention of Lonnie’s after-life, except that she’s in college and isn’t in a relationship. Did she go it alone, or have family and friends to support her post-rehab?

Even the court case Lex testifies in has a happy ending for her.

It’s the kind of novel that makes you think of the stories it DOESN’T centre – and it’s those stories we need to hear the most. After all, this IS a novel…and Lex’s happy ending is, unfortunately, fiction.