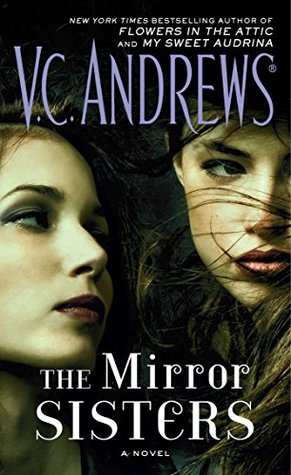 V.C. Andrews [also published as Virginia Andrews]
The Mirror Sisters
Simon & Schuster (US, UK, CA & AU: 25th October 2016)
Buy (US) Buy (UK) Buy (CA) Buy (Worldwide)
As identical twins, their mother insists that everything about them be identical: their clothes, their toys, their friends…the number of letters in their names, Haylee Blossom Fitzgerald and Kaylee Blossom Fitzgerald. If one gets a hug, the other must, too. If one gets punished, the other must be, too. Homeschooled at an early age, when the girls attend a real high school they find little ways to highlight the differences between them. But when Haylee runs headfirst into the dating scene, both sisters are thrust into a world their mother never prepared them for – causing one twin to pursue the ultimate independence. The one difference between the two girls may spell the difference between life…and a fate worse than death. 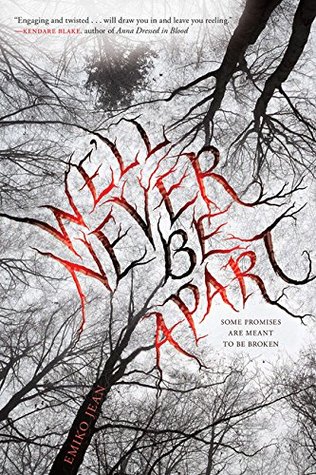 Emiko Jean
We’ll Never Be Apart
Houghton Mifflin Harcourt (US: 25th October 2016)
Buy (US) Buy (UK) Buy (CA) Buy (Worldwide)
Murder. Fire. Revenge. That’s all seventeen-year-old Alice Monroe thinks about. Committed to a mental ward at Savage Isle, Alice is haunted by memories of the fire that killed her boyfriend, Jason. A blaze her twin sister Cellie set. But when Chase, a mysterious, charismatic patient, agrees to help her seek vengeance, Alice begins to rethink everything. Writing out the story of her troubled past in a journal, she must confront hidden truths. Is the one person she trusts only telling her half the story?