Sharon Cameron
Rook
Scholastic (US: 28th April 2015)
Buy (US) Buy (UK) Buy (CA) Buy (Worldwide)
Centuries after a shifting of the Earth’s poles, the Sunken City that was once Paris is in the grips of a revolution. All who oppose the new regime are put to the blade, except for those who disappear from their prison cells, a red-tipped rook feather left in their place. Is the mysterious Red Rook a saviour of the innocent or a criminal? Meanwhile, across the sea in the Commonwealth, Sophia Bellamy’s arranged marriage to the wealthy René Hasard is the last chance to save her family from ruin. But when the search for the Red Rook comes straight to her doorstep, Sophia discovers that her fiancé is not all he seems. Which is only fair, because neither is she. As the Red Rook grows bolder and the stakes grow higher, Sophia and René find themselves locked in a tantalizing game of cat and mouse. 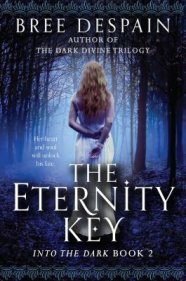 Bree Despain
The Eternity Key (Into the Dark, Book 2)
Random House Egmont (US: 28th April 2015)
Buy (US) Buy (UK) Buy (CA) Buy (Worldwide)
Haden Lord, the disgraced Prince of the Underrealm, has chosen love over honour and will do everything in his power to protect Daphne Raines, the human girl he was supposed to bring to the Underrealm. Haden’s choice is put to the test as the Skylords and a figure from his past arrive in Olympus Hills with a plan that could destroy all of the realms. Embracing her destiny as the Cypher, Daphne begins to understand the immense power of her musical ability to control the elements, but she must come to terms with her feelings for Haden and what she must sacrifice in order to protect him and her friends. Believing the Key of Hades is the only thing that can stop the Underrealm Court from releasing the monstrous Keres on the mortal world, Haden, Daphne, and their friends set out to find the Key before Persephone’s Gate opens again on the spring equinox. 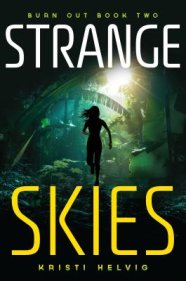 Kristi Helvig
Strange Skies (Burn Out, Book 2)
Random House Egmont (US: 28th April 2015)
Buy (US) Buy (UK) Buy (CA) Buy (Worldwide)
Caelia is the new Earth. That’s what the Consulate told everyone and, against all odds, Tora finally has made it there. She can’t see the ocean from her cell in the Consulate’s containment centre, and she doesn’t know what happened to the weapons her father died for and she’s risked her life to save. But as she plans her escape, she runs into the last person she ever expected to see – her dad. The Consulate has held him prisoner in a complicated plot designed to lure Tora out of hiding. Now Tora has a new purpose: break free, get the guns, and save her father. But first she’ll have to navigate a strange new planet, track down James (whose loyalties still remain questionable), and find Kale…before he finds her first. 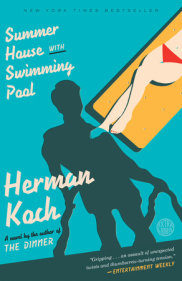 Herman Koch
Summer House with Swimming Pool
Random House Hogarth (US & CA: 28th April 2015)
Buy (US) Buy (UK) Buy (CA) Buy (Worldwide)
When a medical procedure goes horribly wrong and famous actor Ralph Meier winds up dead, Dr. Marc Schlosser needs to come up with some answers. After all, reputation is everything in this business. Personally, he’s not exactly upset that Ralph is gone, but as a high profile doctor to the stars, Marc can’t hide from the truth forever. It all started the previous summer. Marc, his wife, and their two beautiful teenage daughters agreed to spend a week at the Meiers’ extravagant summer home on the Mediterranean. Joined by Ralph and his striking wife Judith, her mother, and film director Stanley Forbes and his much younger girlfriend, the large group settles for days of sunshine, wine tasting, and trips to the beach. But when a violent incident disrupts the idyll, darker motivations are revealed, and suddenly no one can be trusted. As the ultimate holiday soon turns into a nightmare, the circumstances surrounding Ralph’s later death begin to reveal the disturbing reality behind that summer’s tragedy.