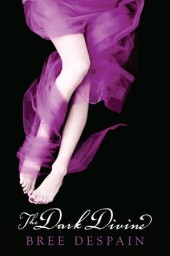 Jude Divine came home covered in his own blood, and since then his sister Grace hasn’t seen Daniel Kalbi – until now, a few years later. She’s not sure what happened that night, but she’s forgiven Daniel, even if the rest of her family hasn’t. But when Daniel finds and rescues Grace’s toddler brother, Pastor Divine takes Daniel under his wing. Jude, however, still hates him; still believes he was responsible for that bloody night. And now the Markham Street Monster seems to have resurfaced, too…

The less you know about this novel before reading, the better. The narrator’s name and religion did put me off at first, as I’m against organised religion (but your own personal spirituality is fine). And I’d prefer the family’s surname to be Divinovich, as it was for their ancestors, but it was changed to Divine at Ellis Island. Damn those xenophobic people of the past…

But not even the Pastor is perfect, getting frustrated with a particular parishioner – this makes him more real. Meanwhile, Grace and Jude have “violet” eyes, but this is never explained. Doesn’t sound believable to me, but I don’t usually look people in the eye. (I look over their shoulder; I’m shifty that way.)

Fans of Becca Fitzpatrick and Jessica Verday should enjoy this first tome in a trilogy. Bree Despain combines family, forgiveness, religion and paranormal romance to produce an oddly endearing story with an ancient, intriguing backstory. The teens at school may seem like cardboard cut-outs, but other characters are much more vivid.

END_OF_DOCUMENT_TOKEN_TO_BE_REPLACED

Have just discovered that two upcoming novels by different authors have the same cover image. One is a YA novel published by Egmont USA (Bree Despain’s The Dark Divine), the other a reprinted adult novel published be Random House Vintage Canada (Kelley Armstrong’s No Humans Involved). Authors often have no say in their cover art, so let’s not blame Bree Despain and Kelley Armstrong.