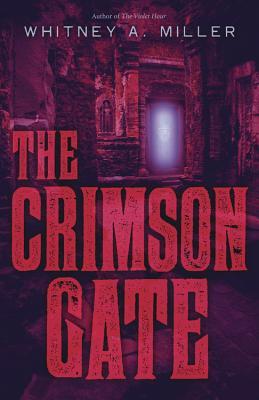 Whitney A. Miller
The Crimson Gate (The Violet Hour, Book 2)
Llewellyn Flux (US: 8th March 2015)
Buy (US) Buy (CA) Buy (Worldwide)
Harlow Wintergreen has been named the new Matriarch of VisionCrest, the powerful religious organization previously led by her father. There’s just one problem. The real Harlow is trapped inside a Cambodian temple, and her double, the evil Isiris, is out in the world masquerading as her. With VisionCrest at her command, Isiris moves all the pieces into position for her genocidal endgame. To stop her twin from unleashing a super-virus designed to eradicate civilization, Harlow must escape the temple and reunite with the Resistance. But in trying to save the people she loves, Harlow gets a taste of the power Isiris wields…and her battle against the horror takes on a new and dangerous dimension.

Posted in Whitney A. Miller