Megan Crewe
The Clouded Sky (Earth & Sky, Book 2)
Amazon Skyscape (US: 5th May 2015); Penguin Razorbill (CA: 5th May 2015)
Buy (US) Buy (UK) Buy (CA) Buy (Worldwide)
When seventeen-year-old Skylar escapes the time-bending Enforcers who secretly control Earth, her troubles have just begun. She and her friend Win take refuge on Win’s home space station with his fellow rebels, but the fate of Skylar’s planet still spins out of her control. To avoid detection, Skylar poses as the Earthling “pet” of Win’s rival, an arrogant boy named Jule. Homesick and faced with a cool reception from the other rebels, she throws herself into the group’s mission: assembling a weapon to disable Earth’s restrictive time field. Gradually, Skylar’s skill for detail gains respect – even from Jule, who is more vulnerable than he lets on. Yet challenges spring from every side. Not only must Sky navigate the muddy waters of romance, but suspicions of betrayal grow among the rebels as their work narrowly misses sabotage. 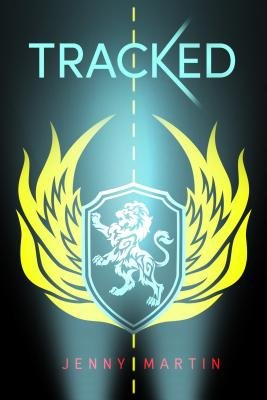 Jenny Martin
Tracked
Penguin Dial (US & CA: 5th May 2015)
Buy (US) Buy (UK) Buy (CA) Buy (Worldwide)
On corporately controlled Castra, rally racing is a high-stakes game that seventeen-year-old Phoebe Van Zant knows all too well. Phee’s legendary racer father disappeared mysteriously, but that hasn’t stopped her from speeding headlong into trouble. When she and her best friend, Bear, attract the attention of Charles Benroyal, they are blackmailed into racing for Benroyal Corp, a company that represents everything Phee detests. Worse, Phee risks losing Bear as she falls for Cash, her charming new teammate. But when she discovers that Benroyal is controlling more than a corporation, Phee realises she has a much bigger role in Castra’s future than she could ever have imagined. It’s up to Phee to take Benroyal down. But even with the help of her team, can a street-rat destroy an empire?

Amy Plum
Until the Beginning (After the End, Book 2)
HarperCollins Teen (US & CA: 5th May 2015)
Buy (US) Buy (UK) Buy (CA) Buy (Worldwide)
When Juneau’s clan disappeared, she lost more than her friends and family; she lost her entire world. She discovered her life was a lie – her people weren’t living in the wilderness because they were the sole survivors of a nuclear war. They were in hiding, hoping no one would find them and learn their secret: they never get sick, they hardly age, and they have the power to communicate with nature. Juneau is closer than ever to finding them, and she couldn’t have gotten this far without Miles. Although he originally pursued her with the goal of turning her over to his father, he has become her greatest ally. Even as an outsider, Miles has helped Juneau realise she is far more powerful than she’d ever believed. But now the same people who took Juneau’s clan are after her too. Somehow she is the key to unlocking the mystery of her people’s gifts. To rescue her clan and protect their secrets, Juneau must push past the boundaries of what she was taught, to discover what she is truly capable of. 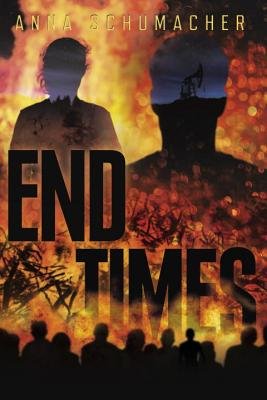 Anna Schumacher
End Times (End Times, Book 1)
Penguin Razorbill (US: 5th May 2015)
Buy (US) Buy (UK) Buy (CA) Buy (Worldwide)
Carbon County, Wyoming, is like a current running through Daphne’s heart. When life gets too tough to bear in Detroit, Daphne flees to her Uncle Floyd’s home, where she believes she’ll find solace in the silent hills of her childhood summers. But Daphne’s Greyhound bus pulls over in downtown Carbon County and it’s not silence that welcomes her. It’s the sound of trumpets. Daphne’s desire to start again in simple country comfort is instantly dashed as the townsfolk declare that the End Times are here. And incredible occurrences soon support their belief. Daphne does all she can to keep her head down and ignore the signs. She works a job at the local oil rig, helps around the house, hangs out with her pregnant cousin Janie, and gets to know Owen, a mysterious motocross racer and fellow roustabout at the rig. But soon a startling discovery shatters her resolve and calls into question all her doubts and fears. Daphne landed in Carbon County for a reason. She only has to read the signs – and believe. 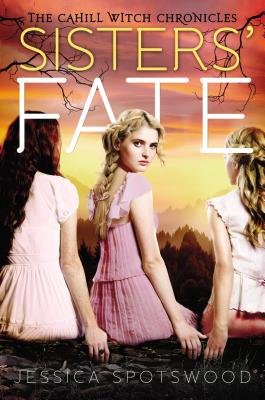 Jessica Spotswood
Sisters’ Fate (Cahill Witch Chronicles, Book 3)
Penguin Speak (US: 5th May 2015)
Buy (US) Buy (UK) Buy (CA) Buy (Worldwide)
A fever ravages New London, but with the Brotherhood sending suspected witches straight to the gallows, the Sisters are powerless against the disease. They can’t help without revealing their powers – as Cate learns when a potent display of magic turns her into the most wanted witch in all of New England. To make matters worse, Cate has been erased from the memory of her beloved Finn. While she’s torn between protecting him from further attacks and encouraging him to fall for her all over again, she’s certain she can never forgive Maura’s betrayal. And now that Tess’s visions have taken a deadly turn, the prophecy that one Cahill sister will murder another looms ever closer to its fulfillment.