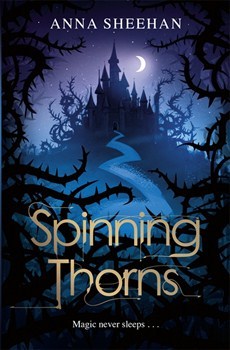 Anna Sheehan
Spinning Thorns
Hachette Orion Gollancz (UK: 10th December 2015)
Buy (UK) Buy (Worldwide)
Sleeping Beauty has woken. The world has been renewed. Everyone is living happily ever after… Almost. Sharp, blood-seeking thorns still surround the castle. A feud remains between those who wield magic and those who were subjected to it. And while the kingdom is divided against itself, nothing can thrive. A rebellion may be needed – and that’s where Sleeping Beauty’s daughter comes in…