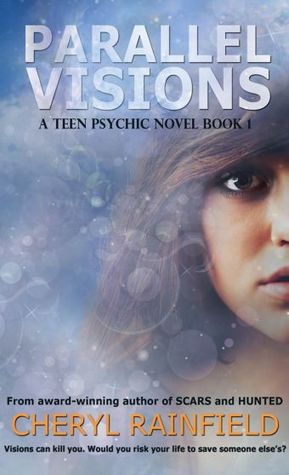 Read this in two evenings. Felt rather short. Would’ve liked to know more about the setting, other than the air quality. (Which country/province/state?) Would’ve liked the characters to be more layered. The bad guy is obvious from the start, and when Kate questions her visions it’s not believable because we all know what she’s “seeing” is real. Think the story could’ve done with more mystery.

I like the novel, but I don’t quite love it. It’s hard-hitting, which is the point, but the lack of subtlety makes it feel like the story is told and not shown. All that said, I’ll read anything Cheryl Rainfield writes, and I’m particularly looking forward to getting my mitts on Stained.