Tag Archives: No Life But This

[REVIEW] No Life But This – Anna Sheehan

I remembered nothing from A Long, Long Sleep, except that Rose had been put into stasis regularly throughout her life, such as when her parents wanted to go on holiday without her. (Yes, neglectful parents.)

This sequel had a tough publication, especially because it was originally printed with the wrong summary. (This may have been corrected in later printings.) Which is a shame, because ICE MOON is all readers need to motivate them to read No Life But This! Though it does take about six chapters or so to actually get going on the journey to Europa, an ice moon of Jupiter. Before that, there’s relationship drama and introducing all the characters, but keep reading.

When the characters arrive on the ice moon, things get more interesting, though also rather confusing. I often struggle reading about psi abilities, so this doesn’t surprise me. There’s a massive info-dump chapter near the end that explains everything, though, so that helps.

The ending won’t work for every reader, but it made the most sense to me, and I’m so pleased that the author went through with it.

Tagged No Life But This

END_OF_DOCUMENT_TOKEN_TO_BE_REPLACED 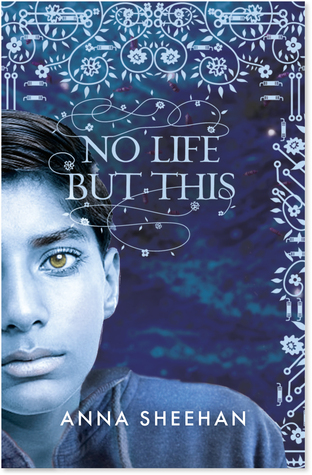 Anna Sheehan
No Life But This (A Long, Long Sleep, Book 2)
Hachette Orion Gollancz (UK: 18th December 2014)
Buy (US) Buy (UK) Buy (CA) Buy (Worldwide)
Rose Fitzroy woke from her long sleep to a changed world and new life. Her friend Otto watched her from afar, longing for what he felt he couldn’t have. But just when things seem to be going right, his own biology backfires, sending him into a deathly spiral that neither of them can stop. His only hope lies on the distant ice moon of Europa, where an experimental treatment might bring him back from the brink. But Europa is in a state of revolution, and Otto’s brother Quin is tangled up in it. With Otto going slowly insane, and Rose haunted by ghosts of her old life, more than one world may soon be destroyed around them.

Tagged No Life But This

END_OF_DOCUMENT_TOKEN_TO_BE_REPLACED

NOTE: If viewing this in a feed-reader, the covers may show up too large. Click the title to take you to the WordPress page, where everything should be formatted properly.

END_OF_DOCUMENT_TOKEN_TO_BE_REPLACED

Tagged Captivated, Eighth Grave After Dark, Have Me, Invisible, No Life But This, Once We Were, Rook, Strange Skies, The Creeping, The Ex, Unleashed, White Space