Karen Bao
Dove Arising (Dove Chronicles, Book 1)
Penguin Viking (US & CA: 24th February 2015)
Buy (US) Buy (UK) Buy (CA) Buy (Worldwide)
Phaet Theta has lived her whole life in a colony on the Moon. She’s barely spoken since her father died in an accident nine years ago. She cultivates the plants in Greenhouse 22, lets her best friend talk for her, and stays off the government’s radar. Then her mother is arrested. The only way to save her younger siblings from the degrading Shelter is by enlisting in the Militia, the faceless army that polices the Lunar bases and protects them from attacks by desperate Earth-dwellers. Training is brutal, but it’s where Phaet forms an uneasy but meaningful alliance with the preternaturally accomplished Wes, a fellow outsider. Rank high, save her siblings, free her mom: that’s the plan. Until Phaet’s logically ordered world begins to crumble…

Jessica Brody
Unforgotten (Unremembered, Book 2)
Macmillan Square Fish (US: 24th February 2015)
Buy (US) Buy (UK) Buy (CA) Buy (Worldwide)
After a daring escape from the Diotech scientists who created her, Seraphina and Zen believe they are finally safe from the horrors of her past. But new threats await them at every turn as Zen falls prey to a mysterious illness and Sera’s extraordinary abilities make it more and more difficult to stay hidden. Meanwhile, Diotech has developed a dangerous new weapon designed to apprehend Sera – a weapon that even Sera will be powerless to stop. Her only hope of saving Zen’s life and defeating the company that made her is a secret buried deep within her mind, a secret that Diotech will kill to protect. And it won’t stay forgotten for long.

Jessica Brody
Unchanged (Unremembered, Book 3)
Macmillan (US: 24th February 2015)
Buy (US) Buy (UK) Buy (CA) Buy (Worldwide)
After returning to the Diotech compound and undergoing an experimental new memory alteration, Seraphina is now a loyal, obedient servant to Dr. Alixter and the powerful company that created her. Happy and in love with Kaelen, another scientifically-enhanced human designed to be her perfect match, Sera’s history with a boy named Zen is just a distant memory from a rebellious past she longs to forget. But as Sera and Kaelen embark on a nationwide tour to promote Diotech’s new product line – a collection of controversial genetic modifications available to the public – Sera’s mind starts to rebel. She can’t stop the memories of Zen from creeping back in. As more secrets are revealed, more enemies are uncovered, and the reality of a Diotech-controlled world grows closer every day, Sera will have to choose where her true loyalties lie, but it’s a choice that may cost her everything she’s ever loved.

Cecil Castellucci
Tin Star (Tin Star, Book 1)
Macmillan Square Fish (US: 24th February 2015)
Buy (US) Buy (UK) Buy (CA) Buy (Worldwide)
On their way to start a new life, Tula and her family travel on the Prairie Rose, a colony ship headed to a planet in the outer reaches of the galaxy. All is going well until the ship makes a stop at a remote space station, the Yertina Feray, and the colonist’s leader, Brother Blue, beats Tula within an inch of her life. An alien, Heckleck, saves her and teaches her the ways of life on the space station. When three humans crash land onto the station, Tula’s desire for escape becomes irresistible, and her desire for companionship becomes unavoidable. But just as Tula begins to concoct a plan to get off the space station and kill Brother Blue, everything goes awry, and suddenly romance is the farthest thing from her mind.

Cecil Castellucci
Stone in the Sky (Tin Star, Book 2)
Macmillan Roaring Brook (US: 24th February 2015)
Buy (US) Buy (UK) Buy (CA) Buy (Worldwide)
Years ago, Tula Bane was beaten and left for dead on a remote space station far from Earth, her home planet. She started with nothing and had no one, but over time, she found a home, a family, and even love. When it’s discovered that the abandoned planet beneath the station is abundant with a rare and valuable resource, aliens from across the galaxy race over to strike it rich. With them comes trouble, like the man who nearly killed Tula years ago – the man she has dreamed of destroying ever since. 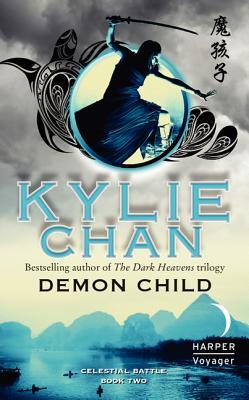 Kylie Chan
Demon Child (Celestial Battle, Book 2)
HarperCollins Voyager (US & CA: 24th February 2015)
Buy (US) Buy (UK) Buy (CA) Buy (Worldwide)
War with Hell looms and the cruel demons could gain control of everything. Emma Donahoe has faced down threats to her loved ones and never given up the fight. But as the demons close in, she faces a new danger – John’s love for her could lead to her complete annihilation. As battles rage for control of Heaven and Earth, Emma must fight her own war to retain her identity as it disintegrates into the man she loves… 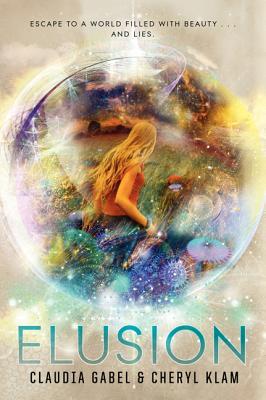 Claudia Gabel & Cheryl Klam
Elusion (Elusion, Book 1)
HarperCollins Katherine Tegen (US & CA: 24th February 2015)
Buy (US) Buy (UK) Buy (CA) Buy (Worldwide)
A new technology called Elusion is sweeping the country. An app, visor, and wristband will virtually transport you to an exotic destination where adventure can be pursued without the complications – or consequences – of real life. Regan is an Elusion insider. Or at least she used to be. Her father invented the program, and her best friend, Patrick, heir to the tech giant Orexis, is about to release it nationwide. But ever since her father’s unexpected death, Regan can’t bear to Escape, especially since waking up from the dream means crashing back to her grim reality. Still, when there are rumours of trouble in Elusion – accusations that it’s addictive and dangerous – Regan is determined to defend it. But the critics of Elusion come from surprising sources, including Josh, the handsome skeptic with his own personal stakes. As Regan investigates the claims, she discovers a disturbing web of secrets. She will soon have to choose between love and loyalty…a decision that will affect the lives of millions.

Megan Hart
Vanilla
Harlequin (US: 24th February 2015)
Buy (US) Buy (UK) Buy (CA) Buy (Worldwide)
Elise knows what she wants in the bedroom and she makes sure she gets it. Her thirst for domination has long been quenched by a stable of men only too happy to bow down before her. But sexual satisfaction isn’t the same as love, and she’s been burned in the past by giving her heart too freely. Niall is handsome, smart, successful and sweet – sweet as vanilla. When they meet, their romantic connection is electric, even though he’s way on the opposite end of the kink spectrum. Despite how she fights it, Elise falls for him – but how can a relationship work when both lovers want to be on top?

Kass Morgan
Day 21 (The 100, Book 2)
Hachette Little, Brown (US: 24th February 2015)
Buy (US) Buy (UK) Buy (CA) Buy (Worldwide)
It’s been 21 days since the hundred landed on Earth. They’re the only humans to set foot on the planet in centuries. Or so they thought. Facing an unknown enemy, Wells attempts to keep the group safe after a tragic attack. Clarke strikes out in search of other colonists, while Bellamy is determined to rescue his sister, no matter the cost. And back on the ship, Glass faces an unthinkable choice between the love of her life and life itself.

Kass Morgan
Homecoming (The 100, Book 3)
Hahcette (US, UK, & AU: 24th February 2015)
Buy (US) Buy (UK) Buy (CA) Buy (Worldwide)
Humanity is coming home. Weeks after landing on Earth, the Hundred have managed to create a sense of order amidst their wild, chaotic surroundings. But their delicate balance comes crashing down with the arrival of new dropships from space. These new arrivals are the lucky ones – back on the Colony, the oxygen is almost gone – but after making it safely to Earth, GLASS’s luck seems to be running out. CLARKE leads a rescue party to the crash site, ready to treat the wounded, but she can’t stop thinking about her parents who may still be alive. Meanwhile, WELLS struggles to maintain his authority despite the presence of the Vice Chancellor and his armed guards, and BELLAMY must decide whether to face or flee the crimes he thought he’d left behind. It’s time for the Hundred to come together and fight for the freedom they’ve found on Earth, or risk losing everything – and everyone – they love.