This post is part of the official launch for Megan Shepherd’s A Cold Legacy. Below, you’ll find the author’s links, and information about her books:

END_OF_DOCUMENT_TOKEN_TO_BE_REPLACED

Tagged A Cold Legacy, Her Dark Curiosity, The Cage, The Madman's Daughter 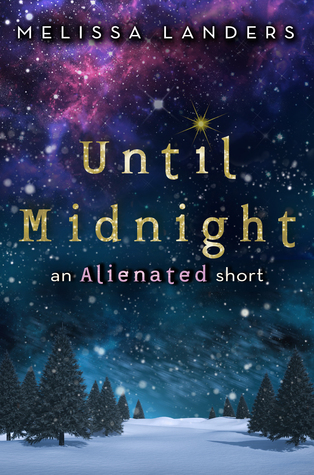 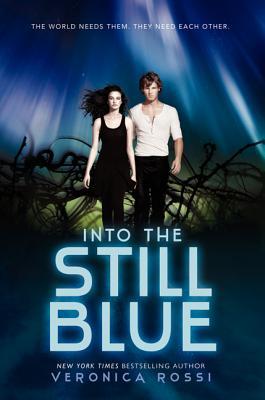 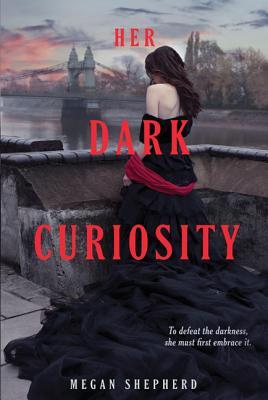 Tagged Her Dark Curiosity, Into the Still Blue, This Shattered World, Until Midnight

END_OF_DOCUMENT_TOKEN_TO_BE_REPLACED

Jessica Brody
Unremembered (Unremembered, Book 2)
Macmillan Square Fish (US: 28th January 20014)
Buy (US) Buy (UK) Buy (CA) Buy (Worldwide)
When Freedom Airlines flight 121 went down over the Pacific Ocean, no one ever expected to find survivors. Which is why the sixteen-year-old girl discovered floating among the wreckage – alive – is making headlines across the globe. Even more strange is that her body is miraculously unharmed and she has no memories of boarding the plane. She has no memories of her life before the crash. She has no memories period. No one knows how she survived. No one knows why she wasn’t on the passenger manifest. And no one can explain why her DNA and fingerprints can’t be found in a single database in the world. Crippled by a world she doesn’t know, plagued by abilities she doesn’t understand, and haunted by a looming threat she can’t remember, Seraphina struggles to piece together her forgotten past and discover who she really is. But with every clue only comes more questions. And she’s running out of time to answer them. Her only hope is a strangely alluring boy who claims to know her from before the crash. Who claims they were in love. But can she really trust him? And will he be able to protect her from the people who have been making her forget?

Jeaniene Frost
Up from the Grave (Night Huntress, Book 7)
HarperCollins Avon (US & CA: 28th January 2014)
Buy (US) Buy (UK) Buy (CA) Buy (Worldwide)
Lately, life has been unnaturally calm for vampires Cat Crawfield and her husband, Bones. They should have known better than to relax their guard, because a shocking revelation sends them back into action to stop an all-out war… A rogue CIA agent is involved in horrifying secret activities that threaten to raise tensions between humans and the undead to dangerous heights. Now Cat and Bones are in a race against time to save their friends from a fate worse than death…because the more secrets they unravel, the deadlier the consequences. And if they fail, their lives – and those of everyone they hold dear – will be hovering on the edge of the grave.

Karen Ann Hopkins
Forever (Temptation, Book 3)
Harlequin Teen (US: 28th January 2014)
Buy (US) Buy (UK) Buy (CA) Buy (Worldwide)
All I want is my happily-ever-after. That’s all I’ve wanted since meeting Noah Miller. From the day we met, the world has tried to keep Noah and me from being together, but now that I’m carrying his child, no one will be able to tear us apart. Or so I hope. But Noah and I have made some mistakes along the way, and the consequences are impacting the people we love. Worse, there’s a storm on the horizon, and it’s sure to cause serious devastation. If we can get through this, we’ll finally be Rose and Noah – a family, forever. But first we have to survive the road ahead. And happily-ever-after is a long way off.

Veronica Rossi
Into the Still Blue (Under the Never Sky, Book 3)
HarperCollins (US & CA: 28th January 2014)
Buy (US) Buy (UK) Buy (CA) Buy (Worldwide)
The race to the Still Blue has reached a stalemate. Aria and Perry are determined to find this last safe haven from the Aether storms before Sable and Hess do – and they are just as determined to stay together. Within the confines of a cave they’re using as a makeshift refuge, they struggle to reconcile their people, Dwellers and Outsiders, who are united only in their hatred of their desperate situation. Meanwhile, time is running out to rescue Cinder, who was abducted by Hess and Sable for his unique abilities. Then Roar arrives in a grief-stricken fury, endangering all with his need for revenge. Out of options, Perry and Aria assemble an unlikely team for an impossible rescue mission. Cinder isn’t just the key to unlocking the Still Blue and their only hope for survival – he’s also their friend. And in a dying world, the bonds between people are what matter most.

Megan Shepherd
Her Dark Curiosity (The Madman’s Daughter, Book 2)
HarperCollins (US & UK: 28th January 2014)
Buy (US) Buy (UK) Buy (CA) Buy (Worldwide)
Months have passed since Juliet Moreau returned to civilization after escaping her father’s island – and the secrets she left behind. Now back in London, she is rebuilding the life she once knew and trying to forget Dr. Moreau’s horrific legacy – though someone, or something, hasn’t forgotten her. As people close to Juliet fall victim one by one to a murderer who leaves a macabre calling card of three claw-like slashes, Juliet fears one of her father’s creations may have also made it off the island. She is determined to find the killer before Scotland Yard does, though it means awakening sides of herself she had thought long banished, and facing loves from her past she never expected to see again. As Juliet strives to stop a killer while searching for a serum to cure her own worsening illness, she finds herself once more in the midst of a world of scandal and danger. Her heart torn in two, past bubbling to the surface, life threatened by an obsessive killer – Juliet will be lucky to escape alive.

Tagged Forever, Her Dark Curiosity, Into the Still Blue, Unremembered, Up from the Grave

END_OF_DOCUMENT_TOKEN_TO_BE_REPLACED

Tagged Asylum, Captive, Elusion, Fade Away and Radiate, Hearts of Chaos, Her Dark Curiosity, Impostor, Into the Still Blue, Itty Bitty Kitty Committee, Such Sweet Sorrow, The Madman's Daughter, The Undead Pool, This Side of Salvation, Up from the Grave, White Space