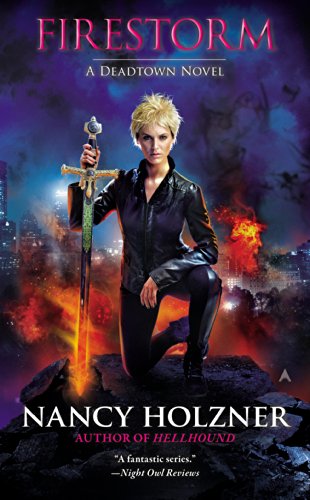 Nancy Holzner
Firestorm (Deadtown, Book 6)
Penguin Random House InterMix (US & CA: 16th May 2017)
Buy (US) Buy (UK) Buy (CA)
They call it Deadtown: Boston’s quarantined section for its inhuman and undead residents. Most humans stay far from its borders – but Victory Vaughn, the city’s only professional demon slayer, isn’t exactly human… When Vicky allowed an ancient goddess Ceridewen to possess her, she had no regrets – it was the only way to protect the people she loved. But now she’s got two supernatural beings possessing her body to use her for their own means, leaving her with little free will of her own and more demonic trouble than she cares to deal with. Despite the forces pulling her apart, Vicky needs all her wits about her. The demons of Hell are growing bold and she can barely keep up with the attacks plaguing the city: sirens in the Mystic River, goblins snarling traffic on Storrow Drive, imps tearing the gold from the State House dome. As the signs of war multiply and Hell threatens to overrun its boundaries, Vicky finds herself torn between her duty to save the world and her desire to save something of herself… 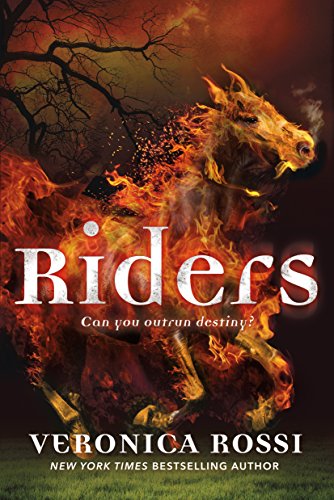 Veronica Rossi
Riders (Riders, Book 1)
Macmillan Tor (US: 16th May 2017)
Buy (US) Buy (UK) Buy (CA) Buy (Worldwide)
For eighteen-year-old Gideon Blake, nothing but death can keep him from achieving his goal of becoming a U.S. Army Ranger. As it turns out, it does. Recovering from the accident that most definitely killed him, Gideon finds himself with strange new powers and a bizarre cuff he can’t remove. His death has brought to life his real destiny. He has become War, one of the legendary four horsemen of the apocalypse. Over the coming weeks, he and the other horsemen – Conquest, Famine, and Death – are brought together by a beautiful but frustratingly secretive girl to help save humanity from an ancient evil on the emergence. They fail. Now – bound, bloodied, and drugged – Gideon is interrogated by the authorities about his role in a battle that has become an international incident. If he stands any chance of saving his friends and the girl he’s fallen for – not to mention all of humankind – he needs to convince the sceptical government officials the world is in imminent danger. But will anyone believe him? 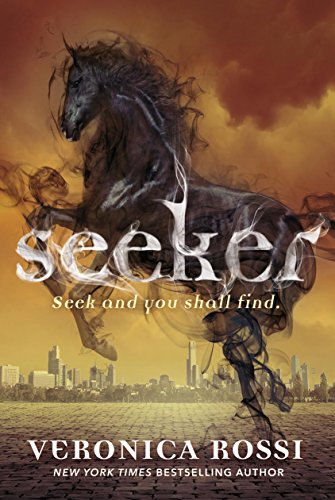 Veronica Rossi
Seeker (Riders, Book 2)
Macmillan Tor (US: 16th May 2017)
Buy (US) Buy (UK) Buy (CA) Buy (Worldwide)
When Daryn claimed she was seeing “visions” during her sophomore year of high school, no one believed the truth. She wasn’t losing her mind; she was gaining the Sight – the ability to see the future. If she just paid attention to the visions, they’d provide her with clues and show her how she could help people. Really help them. Daryn embraced her role as a Seeker. The work she did was important. She saved lives. Until Sebastian. Sebastian was her first – and worst – mistake. Since the moment she inadvertently sealed him in a dark dimension with Samrael – the last surviving demon in the Kindred – guilt has plagued her. Daryn knows Sebastian is alive and waiting for help. It’s up to her to rescue him. But now that she needs the Sight more than ever to guide her, the visions have stopped. Daryn must rely on her instincts, her intelligence, and on blind faith to lead the riders who are counting on her in search of Sebastian. As they delve into a shadowy realm where nothing is as it seems and where Samrael is steadily amassing power, Daryn faces the ultimate test. Will she have to become evil to destroy evil? The very fate of humankind rests in the answer. 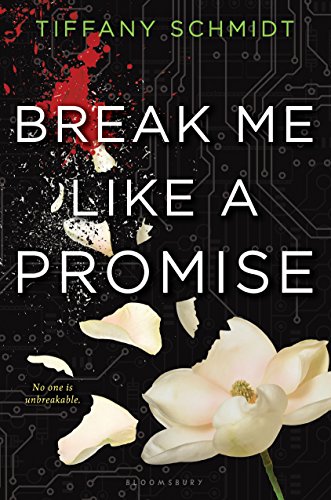 Tiffany Schmidt
Break Me Like a Promise (Once Upon a Crime Family, Book 2)
Bloomsbury (US: 16th May 2017)
Buy (US) Buy (UK) Buy (CA) Buy (Worldwide)
All Magnolia Vickers ever wanted was to follow in her father’s path and head up the Family business. And, once upon a time, she and Carter Landlow were going to do it together. But new legislation is about to destroy the Family’s operations in the black-market organ trade, and Carter, her love, is dead. Then Maggie runs into Alex, who needs something her family is uniquely able to deliver, and he’s willing to manipulate her to get it. Maggie hates being blackmailed into fulfilling his bargain, but the longer it takes to help him – and as Alex’s health declines – Maggie is surprised to find herself falling for him. Like it or not, if she wants to save Alex’s life and carve out a place in the new legalized organ business, she’s going to have to fight for both.

Tagged Break Me Like a Promise, Firestorm, Riders, Seeker

END_OF_DOCUMENT_TOKEN_TO_BE_REPLACED

Now Available for US Pre Order

DISCLAIMER: Are these titles and release dates not supposed to be made public yet? If you’re the author or publisher, let me know and I’ll remove them. You should also send a takedown notice to Amazon (US, UK, and Canada). (In some cases, you may have to send another takedown notice to the publisher, because the info may also be on their website.) Thanks.

END_OF_DOCUMENT_TOKEN_TO_BE_REPLACED

Found 6 new covers. Unfortunately, I don’t know the names of any of the artists. Artists, if you recognise your work here, please let me know so you can be praised publicly – with your name and all 😉

Covers are behind the cut, but here are their details: