I went into the first book (Altered) expecting science fiction, and instead got a thriller. It didn’t need a sequel, yet it has one (Erased). And having read that second novel, it doesn’t need a sequel, yet it has one (Reborn will be published in early-January 2015). And there’s a novella (Forged), but that hasn’t sold Australian rights, so I can’t buy and read it – which means I’m relying on YOU to tell me the spoilers.

We need to talk about this series’ covers. (The U.S. covers, I mean – non-English-language covers aren’t my concern.) Because the main male characters have been genetically altered, they’re aging slower, so I don’t actually know how old any of them are. But this is marketed as young adult, which likely means the characters are teenagers. And shirtless teenagers make me feel uncomfortable. No, I’m not attracted to them, but I’m afraid other, older-than-teenage readers might be, and that’s creepy. Please don’t perv on teenagers, y’all.

The good news is that the American covers have been altered (hee-hee…SHUT UP, TEZ; PUNS AREN’T FUNNY!) so there’s some colour pattern covering up the teenage man-titty. Except for Forged‘s cover, but that’s a novella, and thus may not strictly be part of the canon. But the full-length novel covers have censored the teenage man-titty, and I applaud the publisher (Little, Brown) for making this wise move.

And now onto Erased‘s story. It starts so slowly that I thought it wouldn’t be a thriller after all. (More like a suspense – building up to something, but nothing of note thus far.) So without plot, we’re stuck with character…and Anna is annoying. She slut-shames Nick (and don’t give me that faff about only women being slut-shamed – slut-shaming ANYONE is not okay!). She sees the only other female character as a love-rival. (Well, this other female used to date Anna’s boyfriend, but shouldn’t Anna be more concerned about her boyfriend, rather than just blaming the female for maybe wanting to get with her guy? He has freewill, and he chooses to follow the Compass of Wang.)

The more you think about thrillers, they make less sense. The law-breaking going on here is just appalling: The characters kill SO MANY PEOPLE. They SHOOT or knock them unconscious (even if they don’t die). They UNDRESS unconscious people. They trespass/break into people’s homes/cabins, and temporarily LIVE IN THEM. They steal SO MANY CARS. They have SO MANY WEAPONS (likely stolen), including LOTS OF GUNS. And that doesn’t include all the money they mysteriously have. Being on the run is expensive, y’all: groceries, prepaid phones, diner meals, coffees, and all the fuel for their FREQUENT, LONG CAR JOURNEYS. These characters don’t work, and thus don’t get paid, and yet never seem to be short on funds. Where are they getting all that cash?! Likely stolen, because these characters seem to lack ethics – they claim to feel guilty about killing people, but then go on to kill even more people.

So what non-spoiler things happen in Erased? People that were thought to be dead aren’t actually dead. Characters have flashbacks, and keep secrets from each other about what the flashbacks mean. We learn who created the Branch. There are sleeper agents with trigger phrases that are a lot shorter than, “Gosh, that Italian family at the next table sure is quiet.”

And now for the spoilers, so rack off now if you don’t want to know.

END_OF_DOCUMENT_TOKEN_TO_BE_REPLACED 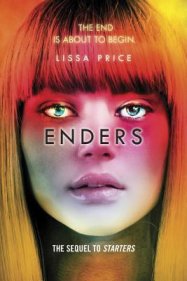