V. C. Andrews [also published as Virginia Andrews]
Secret Brother (Diaries, Book 3)
Simon & Schuster (US, UK, CA, & AU: 26th May 2015)
Buy (US) Buy (UK) Buy (CA) Buy (Worldwide)
A young boy suffers amnesia from a trauma he suffered in what feels like must have been another life. He’s adopted into a wealthy family – but what will happen when he learns the truth about his past? 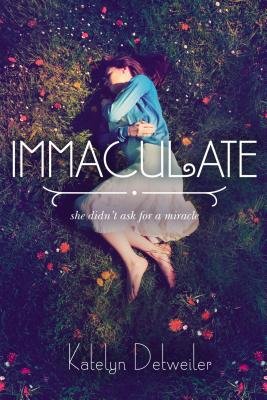 Katelyn Detweiler
Immaculate
Penguin Viking (US & CA: 26th May 2015)
Buy (US) Buy (UK) Buy (CA) Buy (Worldwide)
Mina is top of her class, girlfriend to the most ambitious guy in school, able to reason and study her way through anything. But when she suddenly finds herself pregnant – despite having never had sex – her orderly world collapses. Almost nobody believes Mina’s claims of virginity. Her father assumes that her boyfriend is responsible; her boyfriend believes she must have cheated on him. As news of Mina’s story spreads, there are those who brand her a liar. There are those who brand her a heretic. And there are those who believe that miracles are possible – and that Mina’s unborn child could be the greatest miracle of all.

E. R. Frank
Dime
Simon & Schuster Atheneum (US & CA: 26th May 2015)
Buy (US) Buy (UK) Buy (CA) Buy (Worldwide)
As a teen girl in Newark, New Jersey, lost in the foster care system, Dime just wants someone to care about her, to love her. A family. And that is exactly what she gets – a daddy and two “wifeys.” So what if she has to go out and earn some coins to keep her place? It seems a fair enough exchange for love. Dime never meant to become a prostitute. It happened so gradually, she pretty much didn’t realise it was happening until it was too late. But when a new “wifey” joins the family and Dime finds out that Daddy doesn’t love her the way she thought he did, will Dime have the strength to leave? And will Daddy let her?

Katie McGarry
Nowhere But Here (Thunder Road, Book 1)
Harlequin Teen (US: 26th May 2015)
Buy (US) Buy (UK) Buy (CA) Buy (Worldwide)
Seventeen-year-old Emily likes her life the way it is: doting parents, good friends, good school in a safe neighbourhood. Sure, she’s curious about her biological father – the one who chose life in a motorcycle club, the Reign of Terror, over being a parent – but that doesn’t mean she wants to be a part of his world. But when a reluctant visit turns to an extended summer vacation among relatives she never knew she had, one thing becomes clear: nothing is what it seems. Not the club, not her secret-keeping father and not Oz, a guy with suck-me-in blue eyes who can help her understand them both. Oz wants one thing: to join the Reign of Terror. They’re the good guys. They protect people. They’re…family. And while Emily – the gorgeous and sheltered daughter of the club’s most respected member – is in town, he’s gonna prove it to her. So when her father asks him to keep her safe from a rival club with a score to settle, Oz knows it’s his shot at his dream. What he doesn’t count on is that Emily just might turn that dream upside down. No one wants them to be together. But sometimes the right person is the one you least expect, and the road you fear the most is the one that leads you home.

Cherie Priest [illustrated by Kali Ciesemier]
I Am Princess X
Scholastic Arthur A. Levine (US: 26th May 2015)
Buy (US) Buy (UK) Buy (CA) Buy (Worldwide)
Once upon a time, two best friends created a princess together. Libby drew the pictures, May wrote the tales, and their heroine, Princess X, slayed all the dragons and scaled all the mountains their imaginations could conjure. Once upon a few years later, Libby was in the car with her mom, driving across the Ballard Bridge on a rainy night. When the car went over the side, Libby passed away, and Princess X died with her. Once upon a now: May is sixteen and lonely, wandering the streets of Seattle, when she sees a sticker slapped in a corner window. Princess X? When May looks around, she sees the Princess everywhere: Stickers. Patches. Graffiti. There’s an entire underground culture, focused around a webcomic at IAmPrincessX.com. The more May explores the webcomic, the more she sees disturbing similarities between Libby’s story and Princess X online. And that means that only one person could have started this phenomenon – her best friend, Libby, who lives. 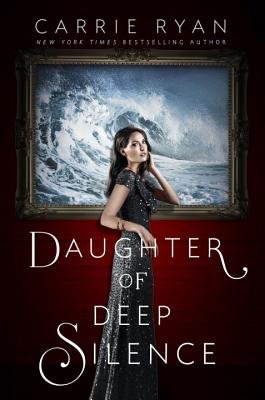 Carrie Ryan
Daughter of Deep Silence
Penguin Dutton (US: 26th May 2015)
Buy (US) Buy (UK) Buy (CA) Buy (Worldwide)
In the wake of the devastating destruction of the luxury yacht Persephone, just three souls remain to tell its story – and two of them are lying. Only Frances Mace knows the terrifying truth, and she’ll stop at nothing to avenge the murders of everyone she held dear. Even if it means taking down the boy she loves and possibly losing herself in the process.

Megan Shepherd
The Cage (The Cage, Book 1)
HarperCollins Balzer + Bray (US & CA: 26th May 2015)
Buy (US) Buy (UK) Buy (CA) Buy (Worldwide)
When Cora Mason wakes in a desert, she doesn’t know where she is or who put her there. As she explores, she finds an impossible mix of environments – tundra next to desert, farm next to jungle – and a strangely empty town cobbled together from different cultures and time periods, all watched over by eerie black windows. And she isn’t alone. Four other teenagers have also been taken: a beautiful model, a tattooed smuggler, a secretive genius, and an army brat who seems to know too much about Cora’s past. None of them have a clue as to what happened, and all of them have secrets. As the unlikely group struggles for leadership, they slowly start to trust each other. But when their mysterious jailer appears – a handsome young guard called Cassian – they realise that their captivity is more terrifying than they could ever imagine: Their abductors aren’t from Earth. And they have taken the five teenagers to an otherworldly zoo – where the exhibits are humans. When a forbidden attraction develops between Cora and Cassian, she realises that her best chance of escape might be in the arms of her own jailer – though that would mean leaving the others behind. Can Cora manage to save herself and her companions? And if so…what world lies beyond the walls of their cage?