Steve Bein
Disciple of the Wind (Fated Blades, Book 2)
Penguin Roc (US & CA: 1st March 2016)
Buy (US) Buy (UK) Buy (CA) Buy (Worldwide)
After a deadly terrorist attack in Tokyo, Detective Sergeant Mariko Oshiro urges her commanding officers to arrest an insane zealot who was just released from police custody. When her pleas fall on deaf ears, she loses her temper and then her badge. Armed with only her cunning and her famed Inazuma blade, Mariko must work outside the system to stop the terrorist. But going rogue draws the attention of the Wind – an underground syndicate that has controlled Japanese politics for centuries, using mystical relics to achieve their nefarious ends. Now, Mariko is left with a perilous choice: join an illicit insurgency to thwart a deadly villain, or remain true to the law. Either way, she cannot escape her sword’s curse. As sure as the blade will bring her to victory, it also promises to destroy her… 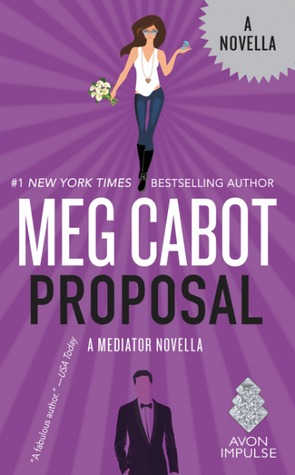 Meg Cabot
Proposal (Mediator, Novella)
HarperCollins Avon Impulse (US & CA: 1st March 2016)
Buy (US) Buy (UK) Buy (CA) Buy (Worldwide)
The last place Suze Simon expects to find herself during Valentine’s Day is a cemetery. But that’s what happens when you’re a mediator – cursed with the “gift” of communicating with the dead. That’s how Suze has ended up at the graves of a pair of tragic young lovers. They’re NCDPs – Non-Compliant Deceased Persons – whose drama didn’t end with death. It’s Suze’s job to make sure they move on – for good. But the NCDPs aren’t the only ones with problems. The reason Suze is spending her Valentine’s Day with the undead instead of her boyfriend, Jesse, is because he’s having so much trouble adjusting to life after death…not surprising, considering the fact that he used to be an NCDP himself, and now his girlfriend busts his former kind for a living. Can Suze use her mediating skills to propose a mutual resolution, and bring all these young lovers together, especially on the night Saint Valentine declared sacred to romance? Or will she end up alone – and possibly undead – herself? 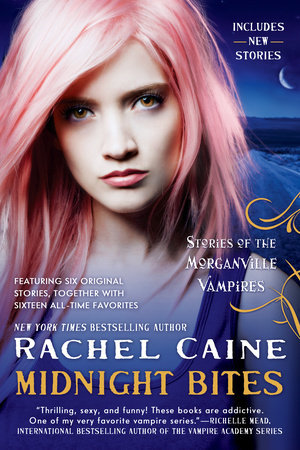 Rachel Caine
Midnight Bites (Morganville Vampires, Anthology)
Penguin NAL (US & CA: 1st March 2016)
Buy (US) Buy (UK) Buy (CA) Buy (Worldwide)
By day, Morganville, Texas, is just a typical college town. By night, the vampires emerge and take control… In a town where it’s not safe to be out after dark, student Claire Danvers and her friends have had their fair share of thrills. But Morganville still has a few secrets left to tell. Now, in this collection, you can venture down the town’s strange streets, revisit all the tales, and experience six new stories featuring Morganville residents – both human and vampire… 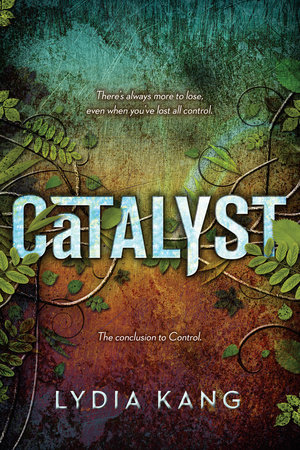 Lydia Kang
Catalyst (Control, Book 1)
Penguin Speak (US & CA: 1st March 2016)
Buy (US) Buy (UK) Buy (CA) Buy (Worldwide)
In the past year Zel lost her father, the boy she loves, her safety, and any future she might have imagined for herself. Now she, her sister, and the band of genetic outcasts they’ve come to call their family are forced on the run when their safe house is attacked by men with neural guns. But on the way to a rumoured haven in Chicago, Zel hears something – a whisper from Cy, the boy who traded himself for her sister’s safety. And when she veers off plan in order to search for him, what she finds is not what she expected. There’s more to their genetic mutations than they ever imagined…aspects that make them wonder if they might be accepted by the outside world after all. 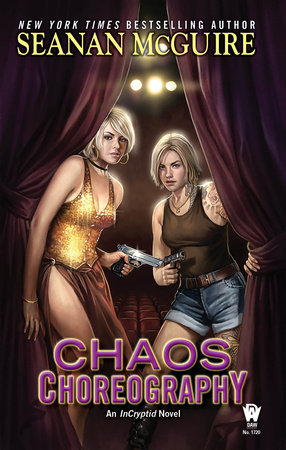 Seanan McGuire
Chaos Choreography (InCryptid, Book 5)
Penguin DAW (US & CA: 1st March 2016)
Buy (US) Buy (UK) Buy (CA) Buy (Worldwide)
Verity Price is back on the West Coast and getting back into the swing of the family business: cryptozoology. She’s rescuing cryptids from bad situations, protecting them from monster-hunters, and generally risking life and limb for the greater good, with her ex-Covenant partner/husband, Dominic, by her side. Her ballroom dance career is behind her…or so she thinks. When Verity gets the call from the producers of Dance or Die, the reality show she almost won several years before, she finds the lure of a comeback impossible to resist, and she and Dominic are off to L.A. for one last shot at the big time. Of course, nothing is that simple. When two of her fellow contestants turn up dead, Verity will need every ally she can find – and a couple she wasn’t looking for – in order to navigate the complicated steps of both the tango and a murder investigation without blowing her cover. It doesn’t help that her official family backup is her grandmother, Alice Price-Healy, who thinks “subtle” is something that happens to other people. Winning this competition may have just become a matter of life and death.

END_OF_DOCUMENT_TOKEN_TO_BE_REPLACED

Laura Bickle
Dark Alchemy
HarperCollins Voyager Impulse (US & AU: 24th March 2015)
Review
Buy (US) Buy (UK) Buy (CA)
Geologist Petra Dee arrives in Wyoming seeking clues to her father’s disappearance years ago. What she finds instead is Temperance, a dying western town with a gold rush past and a meth-infested present. But under the dust and quiet, an old power is shifting. When bodies start turning up – desiccated and twisted skeletons that Petra can’t scientifically explain – her investigations land her in the middle of a covert war between the town’s most powerful interests. Petra’s father wasn’t the only one searching for the alchemical secrets of Temperance, and those still looking are now ready to kill. Armed with nothing but shaky alliances, a pair of antique guns, and a relic she doesn’t understand, the only thing Petra knows for sure is that she and her coyote sidekick are going to have to move fast – or die next. 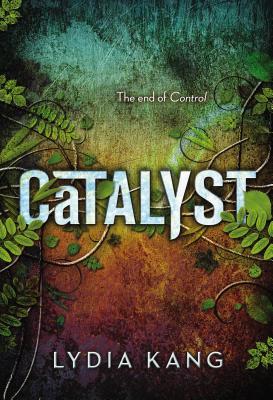 Lydia Kang
Catalyst (Control, Book 2)
Penguin Kathy Dawson (US & CA: 24th March 2015)
Buy (US) Buy (UK) Buy (CA) Buy (Worldwide)
In the past year Zel lost her father, the boy she loves, her safety, and any future she might have imagined for herself. Now she, her sister, and the band of genetic outcasts they’ve come to call their family are forced on the run when their safe house is attacked by men with neural guns. But on the way to a rumored haven in Chicago, Zel hears something – a whisper from Cy, the boy who traded himself for her sister’s safety. And when she veers off plan in order to search for him, what she finds is not what she expected. There’s more to their genetic mutations than they ever imagined…aspects that make them wonder if they might be accepted by the outside world after all.

END_OF_DOCUMENT_TOKEN_TO_BE_REPLACED

Lydia Kang‘s Catalyst (sequel to Control) to Kathy Dawson Books (World), for publication in 2014. A teen girl in 2151 is forced to align herself with her worst enemies in a safe house that’s anything but safe.

Jackson Pearce writing as J. Nelle Patrick: Tsarina (2014) to Razorbill. In the midst of the Russian Revolution, a young noble girl must find a powerful, mystical Faberge egg in order to save Russia – and the life of Alexei Romanov.

Cherie Priest‘s young adult I Am Princess X (2015) to Scholastic. May’s best friend has been dead for years…or maybe not, as she learns when a sinister, clandestine web phenomenon hints otherwise. One part Alternate Reality Game, and one part internet gothic.

Cherie Priest‘s Maplecroft to Penguin Roc in a 2-book deal. A Victorian Gothic epistolary about a woman chasing down arcane science for answers, desperate to save the town that shuns her. Lizzie Borden fighting Cthulhu with an ax. Her sister Emma, a brilliant invalid some years her senior, who masquerades as a man in order to publish in scientific journals. Doctor Seabury, the physician who defended Lizzie during her trial, and now sees better than anyone that the creeping threat is hideously unnatural. Her young lover Nance O’Neil, a stunning stage actress whose stubborn devotion will take her closer to the truth than she ever wanted to come. By the time the villain – who doesn’t know he is one – reaches Fall River, he doesn’t even know he’s human. 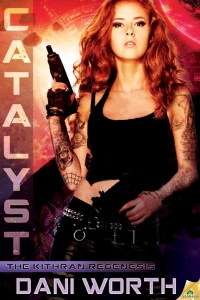 Dani Worth
Catalyst (Kithran Regenesis, Book 2)
Samhain (US: 11th December 2012)
Buy (US)
Vala Gorun’s family was off Kithra when the explosions happened. She’s thrilled to be back on her home planet helping with the rebuild, but something she saw all those years ago still haunts her. She hires Jarana, the Tracker, to find the human man she’d loved – one she thinks betrayed her in the worst possible way. Jarana’s search sets off alarms, alerting Jackson Canfield. He sends space pirates to kidnap the Tracker. They grab Vala and a young Gwinarian man instead. Vala finds herself trapped with Bastian Sithbrun, who she finds ridiculously attractive but believes is too young for her. It’s not so much his age, it’s his nature. Gentle, focused and obviously crushing on her. She feels jaded from her years of rebelling after her world had been destroyed. But something about the twenty-year-old gets to her. When they’re dropped on a deserted planet, the irony is not lost on her when she discovers they are now unwilling guests of the very man she’d driven crazy with her teen crush all those years ago. Learning Jackson has been in hiding, working to right a horrible wrong, changes everything. So does the knowledge that Bastian’s painful past is tied into the mess. Can the three work together to help expose those responsible for Kithra’s destruction without breaking each others’ hearts?

Posted in Dani Worth