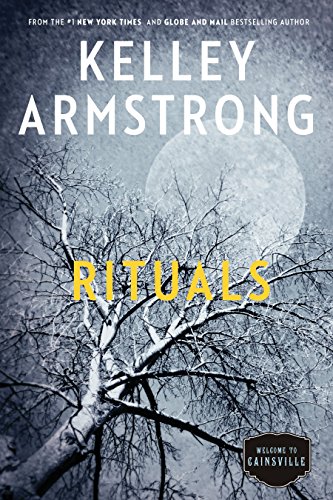 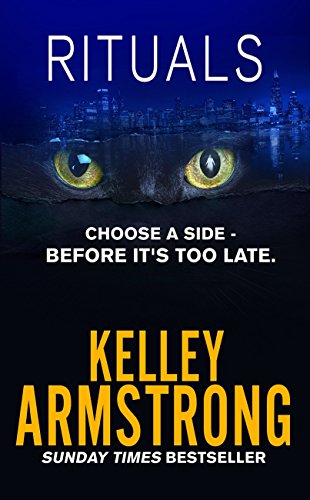 Kelley Armstrong
Rituals (Cainsville, Book 5)
Penguin Random House (US & CA: 15th August 2017); Hachette Little, Brown Sphere (UK & AU: 15th August 2017)
Buy (US Kindle Edition) Buy (US Hardcover) Buy (UK Kindle Edition) Buy (UK Hardcover) Buy (UK Paperback) Buy (CA Kindle Edition) Buy (CA Hardcover) Buy (Worldwide Hardcover) Buy (Worldwide Paperback)
When Olivia Taylor-Jones found out she was not actually the adopted child of a privileged Chicago family but of a notorious pair of convicted serial killers, her life exploded. Running from the fall-out, she found a refuge in the secluded but oddly welcoming town of Cainsville, Illinois, but she couldn’t resist trying to dig out the truth about her birth parents’ crimes. She began working with Gabriel Walsh, a fiendishly successful criminal lawyer who also had links to the town; their investigation soon revealed Celtic mysteries at work in Cainsville, and also entangled Olivia in a tense love triangle with the calculating Gabriel and her charming biker boyfriend, Ricky. Worse, troubling visions revealed to Olivia that the three of them were re-enacting an ancient drama pitting the elders of Cainsville against the mysterious Huntsmen with Olivia as the prize. Not only does Gabriel’s drug addict mother, who he thought was dead, make a surprise reappearance, but it turns out a third supernatural force has been at work all along, a dark and malevolent entity that has had its eye on Olivia since she was a baby and wants to win at any cost. 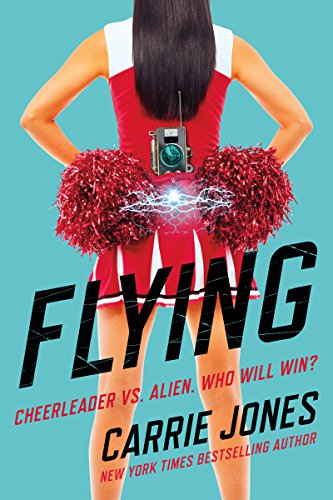 Carrie Jones
Flying (Flying, Book 1)
Macmillan Tor (US: 15th August 2017)
Buy (US Kindle Edition) Buy (US Hardcover) Buy (US Paperback) Buy (UK Hardcover) Buy (UK Paperback) Buy (CA Kindle Edition) Buy (CA Hardcover) Buy (CA Paperback) Buy (Worldwide)
People have always treated seventeen-year-old Mana as someone in need of protection. She’s used to being coddled, being an only child, but it’s hard to imagine anything could ever happen in her small-town, normal life. As her mother’s babying gets more stifling than ever, she’s looking forward to cheering at the big game and getting out of the house for a while. But that night, Mana’s life goes haywire. First, the hot guy she’s been crushing on at school randomly flips out and starts spitting acid during the game. Then they get into a knockdown, drag-out fight in the locker room, during which Mana finds herself leaping around like a kangaroo on steroids. As a flyer on the cheerleading squad, she’s always been a good jumper, but this is a bit much. By the time she gets home and finds her house trashed and an alien in the garage, Mana starts to wonder if her mother had her reasons for being overprotective. It turns out, Mana’s frumpy, timid mom is actually an alien hunter, and now she’s missing – taking a piece of technology with her that everyone wants their hands on, both human and alien. Now her supposed partner, a guy that Mana has never met or heard of (and who seems way too young and way too arrogant to be hunting aliens), has shown up, ordering Mana to come with him. Now, on her own for the first time, Mana will have to find a way to save her mother – and maybe the world – and hope she’s up to the challenge. 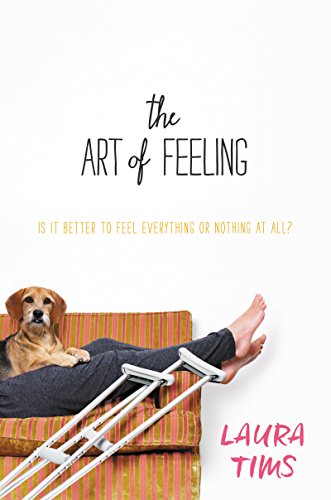 Laura Tims
The Art of Feeling
HarperCollins (US & CA: 15th August 2017)
Buy (US Kindle Edition) Buy (US Hardcover) Buy (UK Kindle Edition) Buy (UK Hardcover) Buy (CA Kindle Edition) Buy (CA Hardcover) Buy (Worldwide)
Samantha Herring has been in constant pain ever since the car accident that injured her leg and killed her mother. After pushing her friends away, Sam has receded into a fog of depression until she meets Eliot, a carefree, impulsive loner who is unable to feel any pain at all. At first, Sam is jealous. She would give anything to not feel the pain she’s felt for the past year. But the more she learns about Eliot’s medical condition, the more she notices his self-destructive tendencies. In fact, Eliot doesn’t seem to care about anything – except Sam. And as they grow closer, they begin to confront Sam’s painful memories of the accident, memories that hold a startling truth about what really happened that day.

END_OF_DOCUMENT_TOKEN_TO_BE_REPLACED

Jackson Pearce‘s middle-grade The Doublecross (And Other Skills I Learned as a Super Spy) to Bloomsbury (World Rights) in a two-book deal. Publication set for 2015. Hale Jordan is the big-boned child of two spy parents, and is often overlooked by his spy-school classmates. But when his parents are kidnapped, he might be the only one (with a little help from his younger sister) who can save the day.

Kim Savage‘s After the Woods (2015) in a two-book deal to Farrar, Straus and Giroux (World English). A psychological thriller about two friends in the aftermath of an abduction, where one risked her life to save the other and spent a night in the woods she wants to forget. Now, nearly a year later, a girl’s body is found, and dark secrets are tearing the best friends apart.

Laura Tims‘ Please Don’t Tell (2015) in a two-book deal to HarperCollins (NA). The YA contemporary thriller follows a girl who seeks revenge on the boy who ruined her sister’s life, but who finds herself falling for the one guy who’s off limits, and is blackmailed by a stalker who knows her secret.

Tagged After the Woods, Please Don't Tell, The Doublecross, The Young Elites