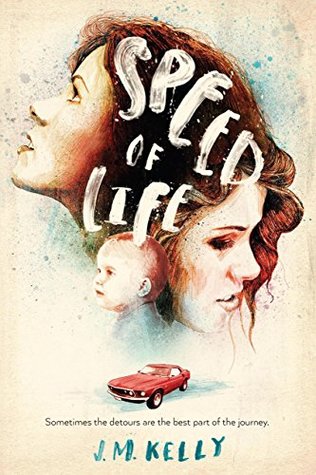 J. M. Kelly
Speed of Life
Houghton Mifflin Harcourt (US: 11th October 2016)
Buy (US) Buy (UK) Buy (CA) Buy (Worldwide)
Twins Crystal and Amber have the same goal: to be the first in their family to graduate high school and make something of their lives. When one gets pregnant during their junior year, they promise to raise the baby together. It’s not easy, but between their after-school jobs, they’re scraping by. Crystal’s grades catch the attention of the new guidance counsellor, who tells her about a college that offers a degree in automotive restoration, perfect for the car buff she is. When she secretly applies – and gets in – new opportunities threaten their once-certain plans, and Crystal must make a choice: follow her dreams or stay behind and honour the promise she made to her sister. 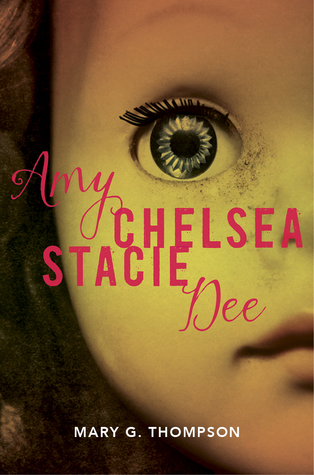 Mary G. Thompson
Amy Chelsea Stacie Dee
Penguin G.P. Putnam’s Sons (US & CA: 11th October 2016)
Buy (US) Buy (UK) Buy (CA) Buy (Worldwide)
When sixteen-year-old Amy returns home, she can’t tell her family what’s happened to her. She can’t tell them where she’s been since she and her best friend, her cousin Dee, were kidnapped six years ago – who stole them from their families or what’s become of Dee. She has to stay silent because she’s afraid of what might happen next, and she’s desperate to protect her secrets at any cost. Amy tries to readjust to life at “home,” but nothing she does feels right. She’s a stranger in her own family, and the guilt that she’s the one who returned is insurmountable. Amy soon realizes that keeping secrets won’t change what’s happened, and they may end up hurting those she loves the most. She has to go back in order to move forward, risking everything along the way.