This post is part of the official blog tour for Heather Davis’s A Curse So Dark. Below you’ll find the author’s links, information about her books, as well as her guest blog. 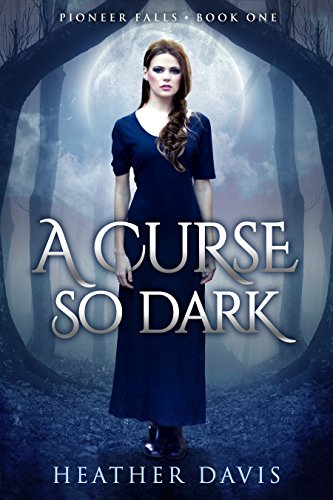 Heather Davis
A Curse So Dark (Pioneer Falls, Book 1)
Heather Davis (US: 5th October 2017)
Buy (US) Buy (UK) Buy (CA)
When her deputy sheriff father goes missing, Lily Turner learns the quaint logging town of Pioneer Falls harbours terrible secrets – an unspeakable past connected to her family and a blood curse her father has hidden from his three daughters. When Morgan McAllister arrives in town, Lily can’t deny their mutual attraction. But falling for Morgan may derail Lily’s efforts to find her father and to save her younger sisters from the family fate. Searching for answers deep in the shadowy forests that surround the town, Lily will risk everything to uncover the truth. As hunters are exposed and rivals for the territory circle the Turner sisters, no one in Pioneer Falls is safe – especially with the full moon rising. 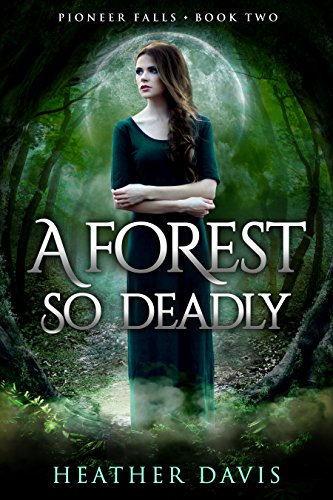 Heather Davis
A Forest So Deadly (Pioneer Falls, Book 2)
Heather Davis (US: 4th November 2017)
Buy (US) Buy (UK) Buy (CA)
When a brutal death in Pioneer Falls is blamed on local wolves, newbie shifter Lily Turner can’t believe it – even her family’s rivals couldn’t be that cruel. That pack might be uncouth and aggressive, but they’re not murderers. But the residents of the tiny logging town fear another wolf attack, and even the Turners’ sworn Protector turns against them. Lily’s convinced if she could just expose the real killer, she might be able to prevent more bloodshed. That is, if her deputy sheriff father, himself a shifter, doesn’t shut down her unofficial investigation. Handsome wolf Morgan McAllister is there to support Lily, but his pack is clamouring for his return to London. Lily would give anything to keep him in town. She’s falling for him hard, even though she knows his stay in Pioneer Falls can’t last forever. As hunters prepare for an ambush during the annual Harvest Festival, Lily’s quest becomes a matter of life and death. The full moon is rising and without her most loyal allies, Lily must bring the killer to light or innocent wolves will die.

END_OF_DOCUMENT_TOKEN_TO_BE_REPLACED

Tagged A Curse So Dark, A Forest So Deadly

This guest post by Eliza Wass is part of the blog tour for the US paperback release of her novel The Cresswell Plot (also published as In the Dark, In the Woods. Below you’ll find the author’s links, information about the book, and the guest post on the topic of folie en famille. 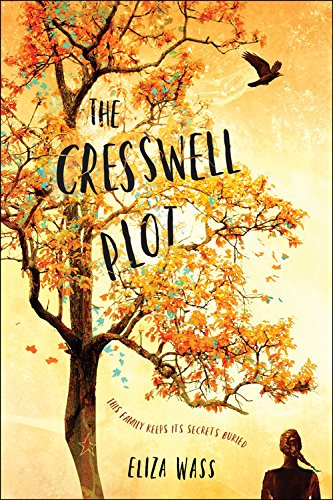 Eliza Wass
The Cresswell Plot [also published as In the Dark, In the Woods]
Hachette (UK: 21st April 2016; US: 10th October 2017)
Buy (US Kindle Edition) Buy (US Hardcover) Buy (US Paperback) Buy (UK Kindle Edition) Buy (UK Hardcover) Buy (UK Paperback) Buy (CA Kindle Edition) Buy (CA Hardcover) Buy (CA Paperback) Buy (Worldwide Hardcover) Buy (Worldwide Paperback)
Castella Cresswell and her five siblings – Hannan, Caspar, Mortimer, Delvive, and Jerusalem – know what it’s like to be different. For years, their world has been confined to their ramshackle family home deep in the woods of upstate New York. They abide by the strict rule of God, whose messages come directly from their father. Slowly, Castley and her siblings start to test the boundaries of the laws that bind them. But, at school, they’re still the freaks they’ve always been to the outside world. Marked by their plain clothing. Unexplained bruising. Utter isolation from their classmates. That is, until Castley is forced to partner with the totally irritating, totally normal George Gray, who offers her a glimpse of a life filled with freedom and choice. Castley’s world rapidly expands beyond the woods she knows so well and the beliefs she once thought were the only truths. There is a future waiting for her if she can escape her father’s grasp, but Castley refuses to leave her siblings behind. Just as she begins to form a plan, her father makes a chilling announcement: the Cresswells will soon return to their home in heaven. With time running out on all of their lives, Castley must expose the depth of her father’s lies. The forest has buried the truth in darkness for far too long. Castley might be their last hope for salvation.

END_OF_DOCUMENT_TOKEN_TO_BE_REPLACED

This post is part of the official blog tour for Lucienne Diver’s Faultlines. Below you will find the author’s links, information about her book, and her guest post.

END_OF_DOCUMENT_TOKEN_TO_BE_REPLACED

This guest post is part of the official blog tour for Erica Spindler’s The Final Seven. Below, you’ll find the author’s links, information about her books, as well as the guest post. TEZ’S NOTE: While the book is self-published in US/Canada, Hachette is publishing it in UK/Australia. Check your favourite local bookseller for details.

END_OF_DOCUMENT_TOKEN_TO_BE_REPLACED

[GUEST BLOGGER] Jennifer Longo on Researching a Story on Ice

This post is part of the official blog tour for Jennifer Longo’s Up to This Pointe. Below, you’ll find the author’s guest post, her links, and information about her book.

END_OF_DOCUMENT_TOKEN_TO_BE_REPLACED

Tagged Up to This Pointe

This guest post is part of the official blog tour for Leslie Tentler’s Before the Storm. Below, you’ll find the author’s links, information about her books, and the guest post.

END_OF_DOCUMENT_TOKEN_TO_BE_REPLACED

This post is part of the official blog tour for Cecil Castellucci’s Stone in the Sky. Below, you’ll find the author’s links, information about her books, and a guest post about writing in the Tin Star universe.

Cecil Castellucci
Tin Star (Tin Star, Book 1)
Macmillan Square Fish (US: 24th February 2015)
Buy (US Kindle Edition) Buy (US Hardcover) Buy (US Paperback) Buy (UK Hardcover) Buy (UK Paperback) Buy (CA Kindle Edition) Buy (CA Hardcover) Buy (CA Paperback) Buy (Worldwide Hardcover) Buy (Worldwide Paperback)
On their way to start a new life, Tula and her family travel on the Prairie Rose, a colony ship headed to a planet in the outer reaches of the galaxy. All is going well until the ship makes a stop at a remote space station, the Yertina Feray, and the colonist’s leader, Brother Blue, beats Tula within an inch of her life. An alien, Heckleck, saves her and teaches her the ways of life on the space station. When three humans crash land onto the station, Tula’s desire for escape becomes irresistible, and her desire for companionship becomes unavoidable. But just as Tula begins to concoct a plan to get off the space station and kill Brother Blue, everything goes awry, and suddenly romance is the farthest thing from her mind.

Cecil Castellucci
The Sound of Useless Wings (Tin Star, Prequel)
Macmillan Tor (US: 28th January 2015)
Buy (US) Buy (UK) Buy (CA)
Heckleck is raised to understand that breeding and propagating his own kind is the sole reason for living. When he is called upon to settle on a new planet, he meets the daughter of a politician, Goglu, with whom he falls helplessly in love, and is determined to win over. But nothing is easy in love and space exploration, and when his plans become thwarted, he must find a new way of life.

Cecil Castellucci
Stone in the Sky (Tin Star, Book 2)
Macmillan Roaring Brook (US: 24th February 2015)
Buy (US Kindle Edition) Buy (US Hardcover) Buy (UK) Buy (CA Kindle Edition) Buy (CA Hardcover) Buy (Worldwide)
Years ago, Tula Bane was beaten and left for dead on a remote space station far from Earth, her home planet. She started with nothing and had no one, but over time, she found a home, a family, and even love. When it’s discovered that the abandoned planet beneath the station is abundant with a rare and valuable resource, aliens from across the galaxy race over to strike it rich. With them comes trouble, like the man who nearly killed Tula years ago – the man she has dreamed of destroying ever since.

Cecil Castellucci
We Have Always Lived on Mars
Macmillan Tor (US: 30th April 2013)
Buy (US) Buy (UK) Buy (CA)
Nina, one of the few descendants of human colony on Mars that was abandoned by Earth, is surprised to discover that she can breathe the toxic atmosphere of the Martian surface. The crew, thinking that their attempts at terraforming and breeding for Martian adaptability have finally payed off, rejoice at the prospect of a brighter future. But Nina’s about to unlock the mystery of the disaster that stranded them on Mars…and nothing will ever be the same.

END_OF_DOCUMENT_TOKEN_TO_BE_REPLACED

Tagged Stone in the Sky, The Sound of Useless Wings, Tin Star, We Have Always Lived on Mars