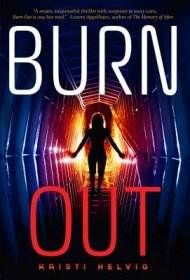 END_OF_DOCUMENT_TOKEN_TO_BE_REPLACED

Megan Crewe
The Lives We Lost (Fallen World, Book 2)
Disney-Hyperion (US: 14th January 2014)
Buy (US) Buy (UK) Buy (CA) Buy (Worldwide)
First, the virus took Kaelyn’s friends, then her family, and now it’s spread beyond her island. The only thing people know for sure is that no one is safe. But when Kaelyn finds samples of a vaccine hidden in her father’s abandoned laboratory, she knows there’s only one option: seek out someone who can replicate it. As Kaelyn and her friends head to the mainland, carrying with them hopes for a cure, they face greater challenges than they ever could have imagined. Not everyone they meet wants Kaelyn to succeed – and many simply want her dead and the vaccine for themselves. With the chance of finding help slipping away, will Kaelyn be forced to sacrifice those she loves in order to rescue the human race?

Dani Worth
Sole Survivors (Crux Survivors, Book 2)
Samhain (US: 14th January 2014)
Buy (US) Buy (UK) Buy (CA)
Chase Hawthorne is on the run from a ghost. The shooting that took his little sister and scarred Chase’s face and body has left far deeper scars on his brother Tripp’s soul. Driven to pull up stakes and head for the most haunted place in Louisiana, Chase hopes to prove to Tripp there is no ghost of his twin beckoning from the afterlife. When he comes upon a young woman fighting off raiders, Chase doesn’t hesitate to help the first female he’s seen in years. And he tries to ignore his instant attraction, hoping Tripp will feel it, too – and emerge from his frightening depression. Keera has been alone too long, and Chase makes her feel things she never thought she’d feel again. Tripp may be the needier brother, but it’s Chase she wants. Scars and all. But letting people too close comes with risks. And as they are drawn into the search for a young man’s family, both must accept the possibility that there’s more to life – and love – than simple survival.

Posted in Dani Worth, Megan Crewe

END_OF_DOCUMENT_TOKEN_TO_BE_REPLACED

Tagged (Don't You) Forget About Me, Crash into You, Fiendish, Flame, In the End, Sole Survivors, Unforgotten, Welcome to the Dark House

A certain piece of writing advice received years ago: Can the story work without the sci-fi/fantasy setting? Then don’t bother making it sci-fi/fantasy. Those weren’t the exact words used, but it pretty much sums up my beefs with this novella.

-If setting a story in the far-future, with different planets and whatnot, DON’T make a contemporary pop culture reference. (In this case, Lex Luthor.)

-Heroine doesn’t do exclusive relationships? She’s in romance fiction; of course she does.

-If your story is basically “sex in space”, don’t be surprised when readers are left feeling, “Is that it?” That kind of space-hornyness is expected from “Peterotica”, but not from professional authors.

-If there are aliens, it’s not believable that they’re all humanoid. (But of course they are in fiction, so they can be rooted.)

-Heroine thinks she’s pretty? She has two handsome males who want to root her in a consensual way – that means they think she’s boneriffic. (Or there’s no other cootch within the living quarters.)

-If the sci-fi stuff is actually interesting (such as the Kithran regenesis), ACTUALLY FOCUS ON THAT. Because the relationship between Lux, Kol, and Egan totally could’ve been set on Earth, with war-torn countries or natural disasters or whatever.

Yeah, so I’m all ranty right now. Maybe because I recently saw Gravity, so any other space story is likely to suffer in comparison – especially this one, as it turns out.

But you know what will bring back my sense of humour? Upon starting Kithra, I realised that the three main characters are a spaceship captain, a geologist, and an alien. And because most of my TV viewing is animated, you know who I imagined: (Images from here, here, and here.)

Posted in Book Reviews, Dani Worth