Your Assistance, Please (Regarding A. J. Menden’s SORCERESS, INTERRUPTED and THE GIRL WITH THE GRANITE HEART) 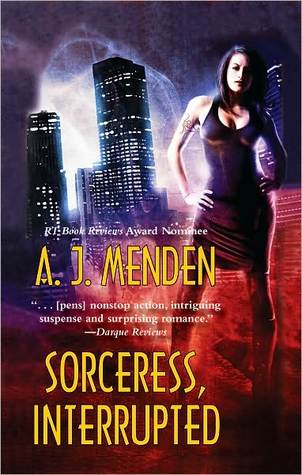 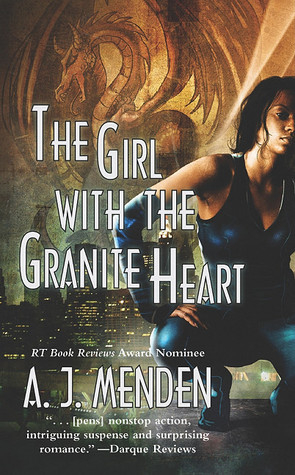 I want the paperback of A. J. Menden’s Sorceress, Interrupted. Problem: It’s out of print (Dorchester went under), so the only paperbacks via AbeBooks and eBay are ridiculously expensive.

However, I’ve found some at Amazon Canada. The price is $12.41 (Canadian). No word on shipping costs to Australia, and even if I wanted to buy it I can’t because Amazon requires a credit card.

HOW YOU CAN HELP
1. Do you know anyone with a paperback they’d be willing to post to me in Australia? Tell them to contact me with their price (including shipping). I can pay via PayPal.
2. Find out how much Amazon Canada charges to post to Australia. Then let me know the total price, and I’ll think about getting you to buy the book for me (will pay via PayPal).

Thanks, anyone and everyone, if you can help.

P.S. Don’t suppose anyone actually has Book 4 in the series, The Girl with the Granite Heart? It was scheduled for publication in November 2011, but I don’t think it ever was 😦

P.P.S. I heard Amazon (the publisher) bought Dorchester’s backlist (for those authors who hadn’t already got their rights back), but haven’t heard about their re-publication plans. Would love to hear from anyone in the know. TezMillerOz at gmail dot com

Tagged Sorceress Interrupted, The Girl with the Granite Heart

END_OF_DOCUMENT_TOKEN_TO_BE_REPLACED

Tagged Crossed, Nightshade, The Girl with the Granite Heart, Wolfsbane

Done with August 2010 Releases? Here are the September 2010 Releases. To see further into the publishing future, check Reading Wishlist.

END_OF_DOCUMENT_TOKEN_TO_BE_REPLACED

A. J. Menden
Sorceress, Interrupted (Elite Hands of Justice, Book 3)
Dorchester Love Spell (US: 28th September 2010)
Buy (CA)
Though Megalopolis has many superheroes, none of them is quite like Fantazia. That’s no surprise, given her parentage. But immortality is hard, even for a sorceress. Watching loved ones age and die…? It’s better to live in a pocket universe tending bar. It’s safer to remain cold and aloof, to not get attached to anything or anyone. So, helping the Elite Hands of Justice defeat the Dragon was a mistake. Her father’s band of shiny, happy do-gooders with social lives right out of a soap opera gave Fantazia a taste of camaraderie – and of something else. Hanging around their mysterious ally has birthed a new threat, something worse than the evil plot of the city’s newest super-villain. The true peril is Cyrus…for he threatens Fantazia’s heart.

Good news for fans of A. J. Menden and her Elite Hands of Justice series 🙂 From here:

A. J Menden’s second book in the Elite Hands of Justice series, Tekgrrl, just came out in stores and is getting terrific reviews…And Dorchester just picked up the next two books in the series, both scheduled to come out in 2010.

No word yet on titles, but I think they’ll be Fantazia’s and Kate’s stories. Will keep you posted on release dates.

In the meantime, catch up with the first two EHJ novels:

Claim to fame: Dorchester Publishing has included part of my review on their page for A. J. Menden’s Tekgrrl. Only a few words, but I’m credited for them 🙂

New book deal: From here: Erica Hayes’s Shadowsong, in which a knife-wielding banshee gangster’s quest for revenge on the assassin who ruined her life is interrupted when a deluded fairy sorceress steals her magical song, again to Rose Hilliard at St. Martin’s, in a two-book deal, by Marlene Stringer of the Stringer Literary Agency (World). And I’m happy to announced I received an ARC of Erica’s first novel, Shadowfae, during the week. I’m looking forward to reading and reviewing it soon 🙂

Cover art: I’ve fallen drastically behind on posting covers. For now, I’m only posting the ones I HAVEN’T seen plastered everywhere, but I don’t follow as many other book blogs as I used to. Sorry in advance if you’ve already seen these, and I’m clogging up your blog feed.

END_OF_DOCUMENT_TOKEN_TO_BE_REPLACED

Repressed memories are resurfacing, whether Tekgrrl wants them to or not, in A. J. Menden’s second Elite Hands of Justice superhero romance, Tekgrrl.

The Doctors Clark sent their daughter Mindy on student exchange…to another planet. She adored her Kalybri foster family, and was fluent in the language. But Mindy wasn’t prepared for the devastating events that have been blocked from her recall until now, when she’s almost thirty. There’s got to be a reason for the migraines, and the mysterious voice in her head – and why they’re around now.

Tekgrrl starts slowly, reintroducing readers to characters last encountered in Phenomenal Girl 5. Mindy’s fellow superheroes all seem to be teaming up, and she’s lonely. She has so much for which to be grateful, but instead she’s moping around, except when working on technological projects. The interesting plot points take their sweet time coming.

Then along comes Chapter 17, the most outstanding portion of this novel, and I finally connected. And the reason is all so human – social commentary. Though it takes place on another planet, the events are no doubt happening in real life, and it’s impossible not to feel compassion for Mindy and all the others trapped in that awful situation. It just goes to show that the best kind of escapist fiction is the type that’s not afraid to give a huge dose of reality. It certainly puts things in perspective for Mindy, and should for readers, too.

From there on, the book is a lot more on the ball, with fascinating content and huge twists – prepare to be startled. I unintentionally pulled myself out of the story when I came across the name Doctor Chaos (as it reminded me of Professor Chaos and General Disarray from South Park, thus eliciting laughter), but overall Tekgrrl is a winner. Here’s hoping Aphrodite gets to star in a future novel.