This post is part of the official cover reveal for Erica Spindler’s Triple Six (to be published in the UK as If You Dare). Below, you will find the author’s links, and information about the Lightkeepers series. 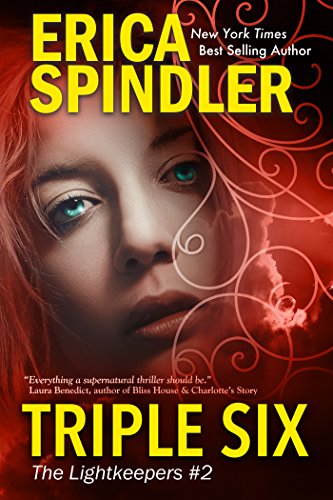 Erica Spindler
Triple Six [also published as If You Dare] (The Lightkeepers, Book 2)
Erica Spindler (US: 17th November 2016); Hachette Little, Brown Sphere (UK: 17th November 2016)
Buy (US) Buy (UK Kindle Edition) Buy (UK Hardcover) Buy (UK Paperback) Buy (CA Kindle Edition) Buy (Worldwide Hardcover) Buy (Worldwide Paperback)
It’s been three months since that night – the night that Micki almost died. Physically, she’s healed but the nightmares remain, and she can’t shake the feeling that more happened that night than Zach is telling her. The only thing she can do is try to carry on as normal and solve the latest case she and Zach have been assigned to. A string of brutal home invasions are rocking New Orleans and the families targeted seemingly have nothing in common. Why were these victims chosen? The deeper Micki and Zach go into the case, the more they realize something isn’t right. There’s something…familiar about the person doing this – and it’s a familiarity Micki has been trying to forget. Suddenly, this case is hitting too close to home and Micki has to decide if she really wants to learn the truth about that night… 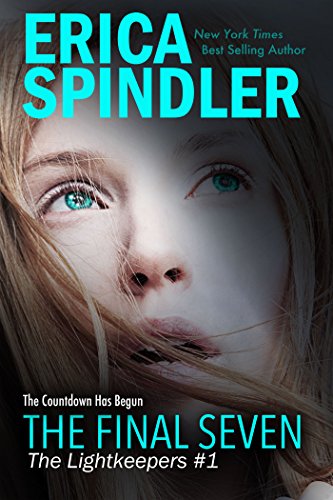 Erica Spindler
The Final Seven (The Lightkeepers, Book 1)
Erica Spindler (US: 11th February 2016); Hachette Little, Brown Sphere (UK: 11th February 2016)
Review
Buy (US Kindle Edition) Buy (US Paperback) Buy (UK Kindle Edition) Buy (UK Paperback) Buy (CA Kindle Edition) Buy (CA Paperback) Buy (Worldwide Hardcover) Buy (Worldwide Paperback)
New Orleans Detective Micki Dee Dare is a seasoned, no-nonsense cop. She doesn’t need a partner, especially not Zach “Hollywood” Harris, an irreverent charmer, fresh out of an experimental FBI program. And her assignment – keep him alive while he fights crime using the special skills he brings to the table – is not what she signed up for. But the die has been cast and there’s nothing she can do about it. Micki soon realizes there’s more to her partner than meets the eye – and more at stake than catching bad guys and closing cases. There’s a new kind of evil at work the Crescent City, more cunning, more powerful than any she’s ever encountered. And she and Zach may be the only ones who can stop it. As another coed goes missing and the darkness closes in, Micki must face a terrifying truth: this time she might not make it. This time the evil they’re facing might destroy them all…

This entry was posted in Cover Art, Erica Spindler and tagged The Final Seven, Triple Six. Bookmark the permalink.