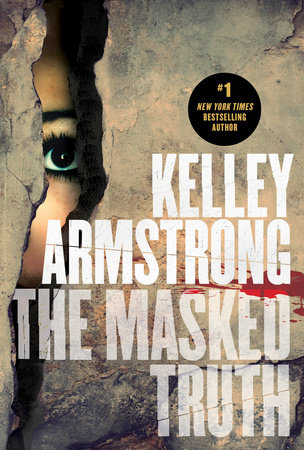 CONTENT WARNINGS: The Masked Truth deals with mental illness, predominantly PTSD and schizophrenia. Throughout the novel are ableist slurs, racism/cultural stereotyping, size shaming, sexism, and the threat of a sexuality conversion camp. While these problematic things are for the most part called out by other characters, sometimes they go unchecked. (“Crazy” appears frequently.) There’s also gun violence.

I understand what the author tried to do here, but the execution is iffy.

The novel comprises two distinct parts: thriller and mystery. In the former, a weekend therapy camp for teens with mental illnesses quickly turns into a hostage situation led by three masked intruders. Deaths and injuries ensue.

In the latter, survivors are few, but they’re left to make sense out of what happened. This is quite interesting at first, as it tackles the prejudice people with mental illnesses and disorders face, particularly if there’s a crime involved. But as the survivors connect the threads, the story gets rather farfetched. Even the very last chapter has a final twist, but it seems like more of a twist for the sake of having one, rather than making sense.

I think the author tried to show that teens with mental illnesses and disorders can face adversity and save themselves. Thing is, Riley and Max’s relationship is very co-dependent – so instead of saving themselves, they save each other. So yay for teamwork, but that may hinder independent spirit. Not as inspiring as you’d expect.

This entry was posted in Book Reviews, Kelley Armstrong and tagged The Masked Truth. Bookmark the permalink.