The Mismarketing of J. R. Ward’s THE SHADOWS 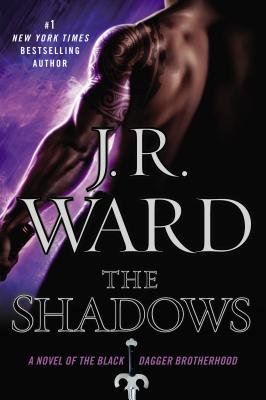 SPOILER WARNING: This blog post, the Goodreads link, and the Further Reading links, all contain spoilers for J. R. Ward’s The Shadows.

Romance fans are open to reading other genres, and do so regularly. But usually they know ahead of time as to what the book they’re about to read is categorised. But in the case of The Shadows, readers were NOT warned BEFORE they pre-ordered it. They spent their money, expecting a happily-ever-after or happy-for-now as per usual with a romance novel. What they got was a love story WITHOUT a happy ending.

Readers did NOT misunderstand the categorisation. A quick visit to various Amazon websites, publishers’ websites, and even the author’s website produced the following information (which I found and recorded in the wee hours of 7th April 2015):

Who assigns categories on bookseller sites? Does Amazon use an algorithm based on the novel’s text? Or does someone from the publisher make the selections?

The Shadows doesn’t even feature a gay couple in the main relationship (though a previous book in the series, Lover at Last, could be considered a gay romance). Maybe the category-bots at Amazon UK saw that the summary mentioned two men, and figured they were in a romantic/sexual relationship together.

Supposing that the categorisation could be Amazon’s stuff-up, I turned to the publisher websites, but only the Canadian actually bothered to list something:

Further proof that there is no “misunderstanding” – just mismarketing. But even publishers can get things wrong, so I turned to the website of the person who’d know best about her books:

The author’s biography on her website doesn’t mention any other genre, so by now I’m convinced that booksellers, publishers, and the author have ALL miscategorised The Shadows. Why? Is that accidental or deliberate?

I turned to the author’s blog post on Goodreads. (SPOILER WARNING: Please don’t read further, or visit the link, if you wish NOT to know the spoilers.) Ms. Ward’s own words are italicised; mine are not:

Fast forward a couple of years and a couple more stories, and it was funny, the idea of doing another Chosen falling in love – considering that I’d already done Phury and Cormia – was a total snooze to me. One of the issues with the Chosen is that, as they have been emerging from their cult-like upbringing, there isn’t a lot of personality to them. They’re just blank slates – and given that I suck at writing women to begin with, that is a big problem for an author with my specific set of weaknesses.

Hold up! Does that last sentence sound familiar? Recently, a male YA author admitted he sucks at writing female characters, and claimed he was trying to do better. (But then he called his female critics “assholes”, so…)

On another matter, as someone who loves reading about people living in and leaving cult-like upbringings, I’m disappointed that the author sees the characters as “blank slates”, instead of full, bubbling personalities just waiting to blossom as they step out into the world at large.

Extrapolating from there – which I should really know better not to do – I assumed that iAm would find his love, and Trez would find his cure for his female, and then yeaaaaaaaaaaaaaah, classic HEA sh*t all over the place!!!! Yawn. NOT THAT I DON’T LIKE MY HEAs. It’s just that felt so predictable. Uh, yeah, romances are predictable. Maybe not a storyline’s many twists, but readers KNOW and EXPECT that a romance novel WILL (or at least SHOULD) end with a happily-ever-after, or happy-for-now. To an outsider, “predictable” may seem “a total snooze”, but that predictable ending is exactly why fans love the genre.

I don’t “choose” things. I don’t get to pick who ends up with whom, or what happens. I appreciate from the outside how it must appear, that the author is some how “in control,” but that is simply not my experience. I’m with the author, to a certain extant. That first draft, also known as “draft zero” or an “exploratory draft”, is where the author writes all the stuff she’s “shown”, and THEN tries to make sense of it. Sure, it’s fair to blame Rice Krispies or whatever for the FIRST draft. But from the SECOND draft onwards, when it’s up to the AUTHOR to turn scenes into a story into a novel… The AUTHOR decides what’s included in the final, published edition. Or the EDITOR, or the PUBLISHER, decides. Characters may be their own people, but their author is like a god. The author decides whether “everyone lives happily ever after” or “rocks fall; everyone dies”. Why is it so hard to accept that responsibility?

But I think it’s an extraordinary love story. Yeah, but it’s NOT a romance as the genre requires. A romance ends with a HEA or a HFN – and, generally speaking, the heroine dying is not a “happy” occasion that leaves the reader with warm, fuzzy feelings of joy.

I’ve heard people say that conflict is the basis of all good storytelling. The more I’m in this business, the more I think that’s true. Absolutely. Without conflict, there’s no story (at least, in my twisted point of view as a reader). Characters overcoming conflict is part of story, plot, AND characterisation.

And with regard to Trez and Selena, there is no greater conflict with their love… than her death. Alas, it’s a conflict that the deceased cannot overcome. DEATH WINS.

Together, they bloomed as people and triumphed as a couple… but only because she dies at the end. No. DEATH TRIUMPHED.

Otherwise, it would have been a yada, yada, yada, ending that wouldn’t have resonated for any longer than the split second it took for you to close the back cover of the book. For some, maybe. But for the romance reader, NO. If this supposed romance author is so bored with romance, why does her website say she writes romance, instead of “paranormal fiction”?

My hope is that even if folks don’t like it, at least they get it. Because that means that I’ve done my job. As a writer, maybe. As a webmaster or publisher, no. Until those websites are corrected to specify that this novel is NOT a romance, someone’s task-list is still not complete.

IN CLOSING
I stand by the author in writing whatever she wrote, whether she “wanted” to or not. But this book was mismarketed, categorised as part of a genre in which it does NOT belong.

I commend the author for sharing spoilers of her own book. But the blog post’s timing (release day) was far too late. A quick note when the book went up for pre-order would’ve sufficed: “The Shadows is NOT a romance, and thus may not have the ending you want.” The spoiler needn’t have been shared – consumers would’ve taken the author at her word, and made an informed decision about pre-ordering.

But since people had already pre-ordered, I’ve heard some buyers have returned their eBooks, and others may have passed their print editions onto others, unread.

Romance fans should not be underestimated. They know enough about their beloved genre to know that a “love story” does NOT automatically mean the book is a romance. And now they know that authors and publishers may not tell the truth when marketing a book as a romance.

This entry was posted in 3. Authors. Bookmark the permalink.

6 responses to “The Mismarketing of J. R. Ward’s THE SHADOWS”