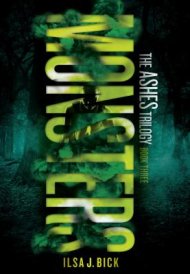 Ilsa J. Bick
Monsters (Ashes, Book 3)
Random House Egmont (US & CA: 10th September 2013)
Buy (US) Buy (UK) Buy (CA) Buy (Worldwide)
When her parents died, Alex thought things couldn’t get much worse – until the doctors found the monster in her head. She headed into the wilderness as a Alex is tough. She has survived the EMP blast, she has lived among the flesh-eating Changed, and she has been separated from Tom for months. And she hasn’t given up. But on the brink of starvation and in the grip of a winter that just won’t end, Alex discovers a new and terrible truth: The Changed are still evolving. And…they’ve had help.

Kathleen Peacock
Thornhill (Hemlock, Book 2)
HarperCollins Katherine Tegen (US & CA: 10th September 2013)
Buy (US) Buy (UK) Buy (CA) Buy (Worldwide)
The ripple effect caused by Mac’s best friend Amy’s murder has driven Mac’s new love, Kyle, to leave Hemlock and disappear from her life forever. But Mac knows that Kyle plans to enrol in a rehabilitation camp, where he can live with other werewolves. She refuses to accept his decision, especially since the camps are rumoured to be torturous. So she sets out in search of Kyle with barely sober pal Jason – and Amy’s all-seeing ghost – in tow. Clues lead Mac to find Kyle in a werewolf den in Colorado – but their reunion is cut short by a Tracker raid. Now Mac and Kyle are trapped inside the electric fences of Thornhill, a camp for young werewolves. As she devises an escape plan, Mac uncovers dangerous secrets buried within the walls of Thornhill – and realises that the risk to the people she loves is greater than ever before. 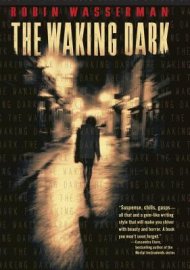 Robin Wasserman
The Waking Dark
Random House Knopf (US & CA: 10th December 2013)
Buy (US) Buy (UK) Buy (CA) Buy (Worldwide)
They called it the killing day. Twelve people dead, all in the space of a few hours. Five murderers: neighbours, relatives, friends. All of them so normal. All of them seemingly harmless. All of them now dead by their own hand…except one. And that one has no answers to offer the shattered town. She doesn’t even know why she killed – or whether she’ll do it again. Something is waking in the sleepy town of Oleander, Kansas – something dark and hungry that lives in the flat earth and the open sky, in the vengeful hearts of upstanding citizens. As the town begins its descent into blood and madness, five survivors of the killing day are the only ones who can stop Oleander from destroying itself. Jule, the outsider at war with the world; West, the golden boy at war with himself; Daniel, desperate for a different life; Cass, who’s not sure she deserves a life at all; and Ellie, who believes in sacrifice, fate, and in evil. Ellie, who always goes too far. They have nothing in common. They have nothing left to lose. And they have no way out. Which means they have no choice but to stand and fight, to face the darkness in their town – and in them.