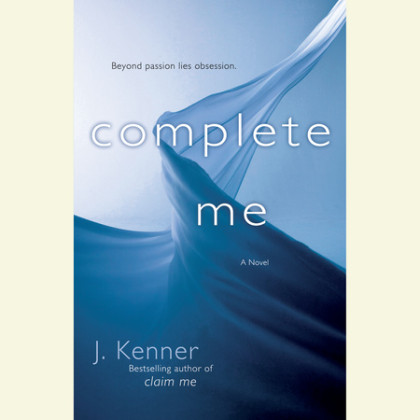 Note to publishers: I really dislike this new trend of book summaries in first-person which are so vague that they say nothing about the plot. Then again, I’m not surprised when I actually read the novel to find that the storyline is barely present. Touché.

The comparisons with Sylvia Day’s similar Crossfire series are inevitable, and justified. Sexually abused as a youngster, the hero grows to become a tortured, possessive billionaire who dominates/controls/keeps-secrets-from a dependent, possessive submissive. Instead of sorting out their problems in therapy, they cope by shagging, and thus never properly deal with their issues. In Nikki Fairchild’s case, she exchanges one addiction (cutting) for another (Damien).

Unlike Crossfire, the Stark series is sticking to just the three books. (Plus a recently announced short-story/novella.) After all, a thin plot can only be repeated and spread so far.

And it is repetitive. Damien has a secret. Nikki doesn’t like that he’s not telling. He shags her; she forgives him. And the cycle continues, which is disappointing, especially considering I seriously believed Complete Me would actually have a great story. It starts off well: Damien faces a murder/manslaughter (I forget) trial in Munich. Yes, Germany – I was hoping J. Kenner would explore this interesting location, but instead she focuses on courtroom, hotel, club, autobahn, and high-end shops. In other words, it could’ve been any city in any country. That’s not really fair to Munich.

Alas, the trial is called off fairly early because of photos and video. I thought this circumstantial evidence would help the case against Damien, so I don’t understand why the charges are dropped. It doesn’t prove Damien’s innocence. Then again, I haven’t read any Lisa Scottoline’s books for over a year or so. I need a legal refresher.

So with that thread – what I thought would be the main shindig – put to rest, the story goes lame. There’s melodrama involving ex-girlfriends. Nikki has new female friends, but they’re revealed to be antagonists (or at least part of Damien’s secrets), which I find a bit anti-Bechdel. Or is there a different term for other women presented as villains? I don’t know.

And so we’re left with a creepy-ex-is-stalking thing that’s… I know there are no new stories, only new twists, but there’s not even that here. I wouldn’t care if it’s been done-to-death, had I actually given a stuff about the characters.

I’m not an expert on romance fiction, but if the author has crafted the characters and the story well, the reader will want the lovers to stay together. And in this case, I don’t. Which makes the Stark trilogy unsuccessful in achieving that main goal.

This entry was posted in Book Reviews, J. Kenner and tagged Complete Me. Bookmark the permalink.